Drunken cops may spoil the spirit of Mechuka festival

While Arunachal Pradesh is gearing up for the three-day Mechuka festival to promote the picturesque valley to the global tourists, some drunk policemen have unleashed a reign of terror on the tourists 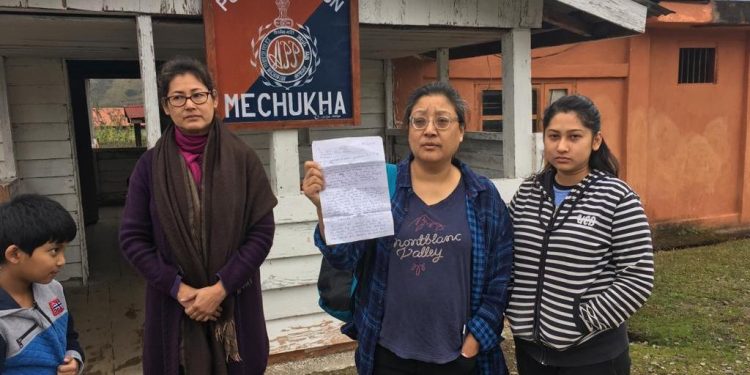 While Arunachal Pradesh is gearing up for the three-day Mechuka festival to promote the picturesque valley to the global tourists, some drunk policemen have unleashed a reign of terror on the tourists.

Sujata Gurung Chowdhury, a Guwahati-based entrepreneur was in Mechuka recently, and complained that on October 17, at around 10 pm, when she along with the other family members were about to take dinner, two drunk persons, claiming to be policemen, barged into the dining hall of a private guest house and started yelling.

“We were shocked at the behavior of the two persons as they were dead drunk, and were claiming to be policemen,” Chowdhury told Northeast Now, adding that women and children in the guest house were paranoid with the behabiour of the two persons who threatened of dire consequences.

Later, Chowdhury, along with others went to the Mechuka Police Station on October 18 to register an FIR, and found that one of the drunken persons, who had created the ruckus at the guest house, was a constable of Arunachal Pradesh police. He has been identified as Sailesh Kumar Singh.

Surprisingly, no one at the Mechuka Police Station was ready to accept the FIR, and even the Officer-in-charge Tayor Kochung was also not present. Later, the FIR was handed over to the brother of Arunachal Pradesh Tourism Minister, Jarkar Gamlin at Aalo, the headquarters of the West Siang district.

“A lot of other tourists complained that they have been harassed by policemen in Mechuka, and this is serious problem,” Chowdhury said, adding that the state government should immediately initiate actions against the wrong doings of the policemen. “If the drunken policemen are not taught a lesson, they may spoil the entire spirit of the Mechuka festival,” she said.

Owners of the private guest houses and home-stays complained that policemen often barge into their properties at late evening, and harass the tourists, and often extort money from the visitors.

Chowdhury said the state government should immediately initiate actions against the policemen, especially before the Mechuka festival. The sixth edition of the three-day Mechuka Adventure will begin from November 23.

Nestled at the foot of the north-eastern Himalayan range in Arunachal Pradesh, Mechuka is definitely one of the most gorgeous destinations in India. And, to promote adventure tourism, the three-day festival has been planned.

The adventure festival at the ‘Land of medicinal ice water’ is based on four elements of the universe — water, air, earth and fire. The festival is jointly organised by the Union Tourism Ministry and Arunachal Pradesh Tourism Department.

The state government, under the leadership of Pema Khandu aims to brand Mechuka as the most preferred adventure tourism destination in India. Situated on the banks of the Siyom river, about 30 km from the McMahon Line, the valley is home to five tribes, is one of the lesser-explored tourism destinations.

Apart from paragliding, quad-biking, rappelling and trap shooting, the festival would showcase rafting on the Siyom river, while the local cuisine, brew and local sports are the added attractions.