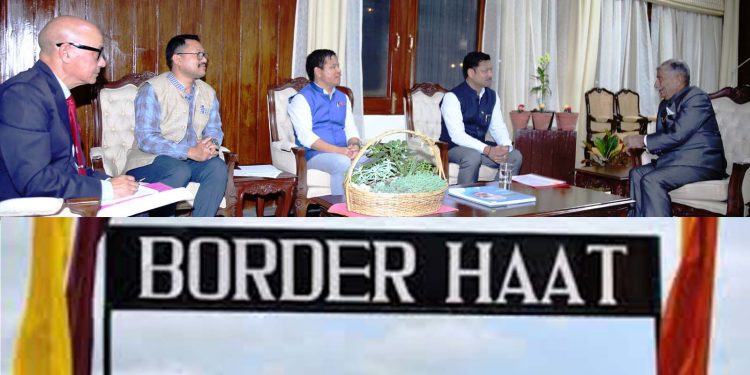 After visiting the Land Customs Station, Moreh in Manipur to study the border trade system there, the core group on border trade met governor BD Mishra on Thursday.

The core group, which studied how  apprised the governor regarding its findings and suggestions.

The governor, who advised the group to visit Moreh, during his visit to Nampong and Pangsau Pass Border Trade Point in Changlang district, commended the group accomplishing the task well.

The governor advised the core group to submit its report to the state chief secretary to expedite the process of making the Pangsau Pass border haats functional at the earliest.

He also asked them to prepare a report with due vetting by the state government and meet the Special Secretary Border Management in the Ministry of Home Affairs in Delhi to obtain necessary sanctions and orders for the early operation of the Border Trade Point at Pangsau Pass.

Pangsau Pass haats, when well developed and organised, will definitely have a positive impact on the rural economy of the area and its people, the governor said.

The governor suggested that all formalities for Pangsau Pass border haats must be completed early so that the same can be opened with befitting fanfare and ceremony by the chief minister in the august presence of union external affairs minister.

The governor also suggested opening of the haats before commencement of the Pangsau Pass Festival in January 2020.