Assam Rifles initiative to light up border villages in Arunachal 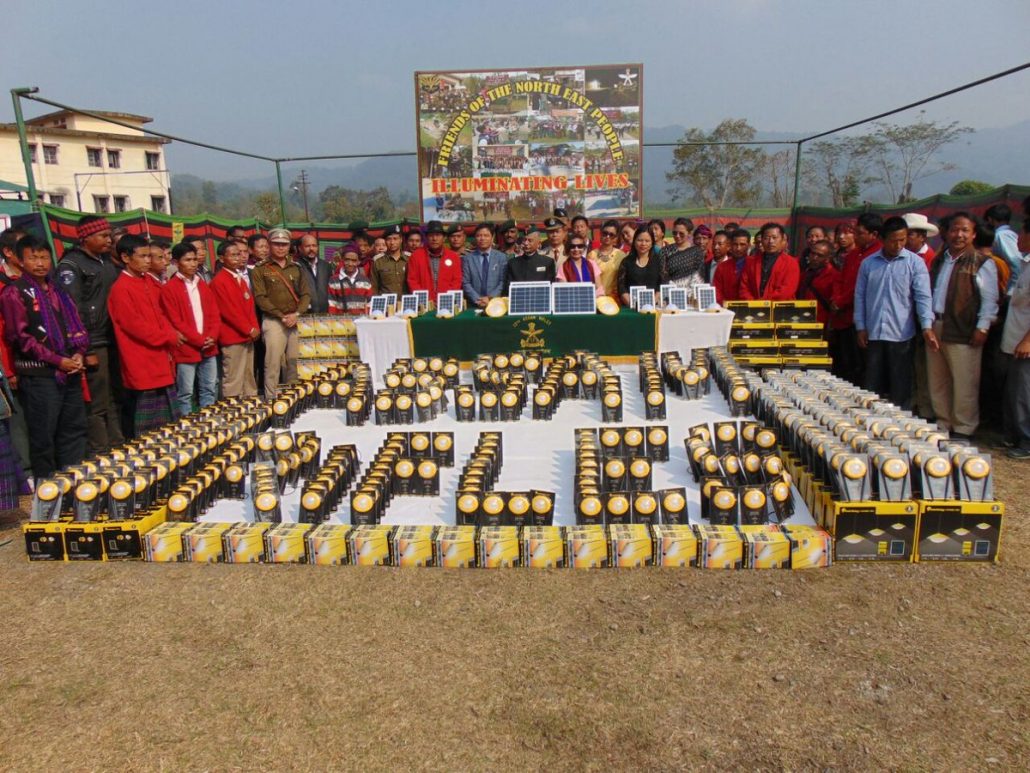 The 25 Sector of the Assam Rifles under the aegis of the Director General recently took up a project to ‘brighten and lighten up’ the homes of all of the far flung villages of the North-east by distributing solar lamps in South Arunachal Pradesh.

This is a part of the Assam Rifles initiative of accelerating the pace of ‘service to humanity drive’ in far flung border villages of the North-east along the Indo-Myanmar border that have been lagging behind in infrastructural development due to it’s inaccessibility, hostile terrain and proliferation of insurgency.

In a number of villages basic necessities like safe drinking water and electricity are erratic.

To alleviate the hardship of the local populace, Assam Rifles has launched a major drive to brighten up the lives of the people in far flung border villages.

Guided by its motto ‘Friends of the Hill People’, the HQ 25 Sect Assam Rifles has been providing succour to the socio-economically disadvantaged people who have limited economic means, access to basic amenities and are residing in remote areas of the State.

While inaugurating and interaction with the gaon burhas (village heads) of these villages, DG Assam Rifles Lieutenant General Shokin Chauhan, AVSM, YSM, SM, VSM, assured that the force is committed in helping out the various ethnic groups in the State besides ensuring  peace and tranquillity in the region.

“The dedicated efforts by the ‘North East Centric Force’ resulted in eradication of darkness in remotest households of the North-east. In furtherance to this objective, Jairampur Battalion of Assam Rifles recently undertook the distribution of over 1550 sets of solar lights worth Rs two crore to villagers of Changlang, Tirap and Longding districts of Arunachal Pradesh,” the DG said.

The villagers of these border villages expressed their gratitude towards the Assam Rifles for being served with one of the essential services of day to day life.