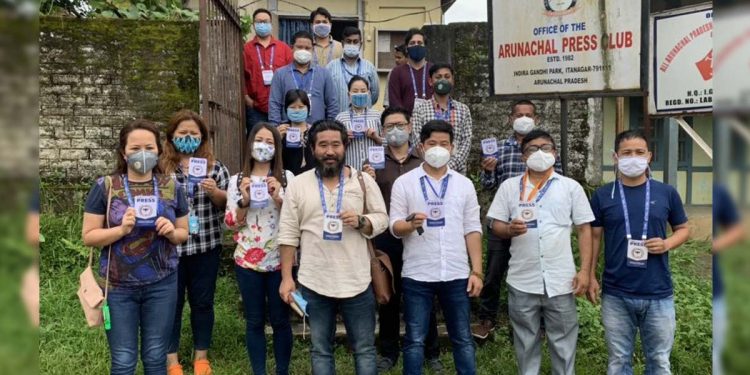 The Arunachal Pradesh Union of Working Journalist (APUWJ) on Tuesday launched and distributed its approved ‘Press ID card’ to the members of the state’s media.

The ID Cards were distributed in a simple ceremony held at the Arunachal Press Club (APC) in Itanagar.

The identity cards were handed over to the members by APC president Dodum Yangfo.

Yangfo in his speech called upon the media personnel to strive for quality journalistic works while upholding journalism ethics and professional responsibility.

APUWJ president Amar Sangno, under whose initiative the development took shape, said: “In our continued attempt to curb the misuse of the press tag, the APUWJ has issued these new ID cards to the working journalists.”

Sangno said only the bearers of these new cards would get entry into the Arunachal Press Club, a decision which was unanimously passed during an executive meeting of the APC, APUWJ and the Arunachal Electronic and Digital Media Association (AEDMA) recently.

The resolution for restricting the entry of journalists into the APC was taken in view of the mushrooming of various media houses in the state in the past few months.