According to the latest report on COVID19 in the state, shared by the directorate of health services, Arunachal Pradesh, on Saturday, 51 new positive cases have been detected in 14 districts of the state.

The highest number of new positive cases has been reported from West Kameng district, the health department said.

West Kameng district has reported a total of 17 positive cases while 28 (55%) other positive patients are from the central para-military forces personnel.

A total of the 49 patients are “asymptomatic” and the rest 2 cases are “symptomatic”, the health department confirmed.

Meanwhile, 23 patients, who were earlier infected by COVID19, have been discharged from 7 districts after they tested negative for the virus.

As per the data, shared by the health department, with the release of the 23 patients, the total number of discharged cases in Arunachal Pradesh has increased to 1,771.

The health department said  the state’s recovery rate stands at 66.62%.

The deadly disease has claimed the lives of 5 persons so far. 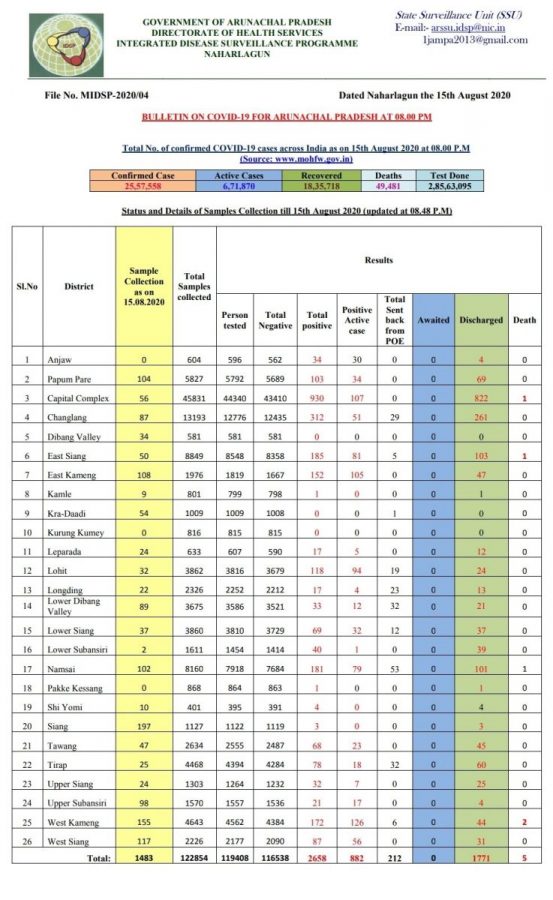