While taking stock of the ongoing construction of road from Mechuka to Lamang, Sona expressed happiness over the overall progress of work 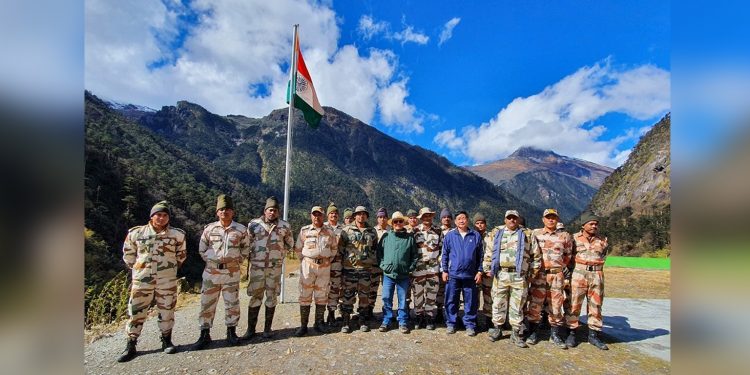 He interacted with the Indian Army and ITBP personnel posted there.

This was Sona’s first official visit to the border outpost after assuming the Speaker’s post.

During the interaction, the Army and Indo-Tibetan Border Police (ITBP) personnel briefed the Speaker about the road condition and other issues pertaining to the development of the border outpost.

Sona lauded the soldiers for not only bravely guarding the nation at such extreme condition but also for extending help and assistance to the civilians as and when they are in need.

He suggested them to work in coordination with civil administration for any issues pertaining to military and civilians.

While taking stock of the ongoing construction of road from Mechuka to Lamang, Sona expressed happiness over the overall progress of work.

The road from Mechuka to Lamang is strategic and should be maintained properly, the Speaker opined.

He lauded the security forces for guarding the nation with utmost dedication and sincerity.

The Speaker was accompanied by Mechuka additional deputy commissioner Bairo Sorum, Shi-Yomi superintendent of police Gothombu Dajangzu and other officials.

Later, Speaker visited Neh Pem Shelpu, one of the popular religious places in Mechuka, and offered his prayers.