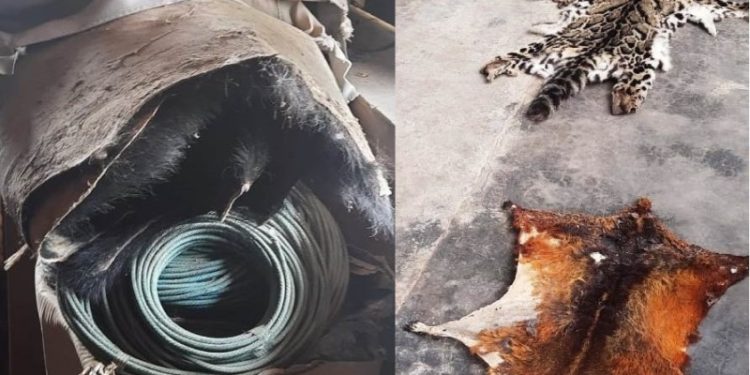 Skins of Schedule I species including Himalayan Black Bear have been seized in Arunachal Pradesh’s Dirang district by the sleuths of Wildlife Crime Control Bureau (WCCB), SSB and Police.

Acting on specific input, a team of WCCB and SSB conducted a raid on Tuesday at the house of Dorjee Letro in Sangti village in Dirang and recovered skins Himalayan Black Bear and leopard.

Officials said information suggested the presence of skins of clouded leopard, red panda and otters, evidence of which was present in form of photographs.

Otter skins are regularly being marketed to customers in Itanagar, said an official.

The Forest department is investigating the case.

The forest officials rescued one pair of Macao, four Silvery Marmosets and one pair of Golden-headed Tamarin.