FlyBig started its operation in the state on May 24 with its first flight between Pasighat and Guwahati. 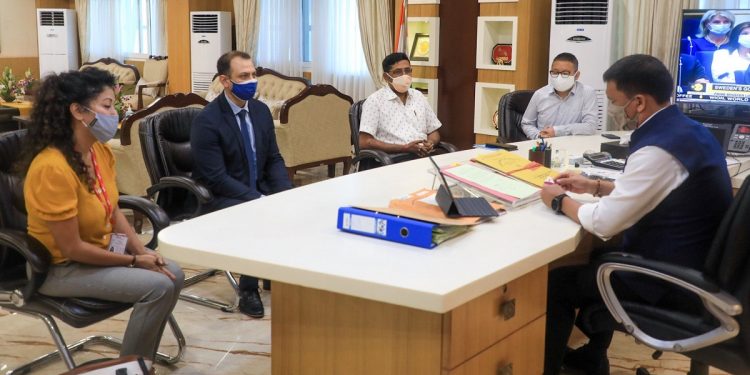 Arunachal Pradesh Chief Minister Pema Khandu on Tuesday assured FlyBig that the state government would approach the Centre in facilitating fixed-wing air connectivity to all advance landing grounds (ALG) in Arunachal Pradesh that would eventually boost tourism besides generating employment in the state.

Appreciating Flybig airlines chief commercial officer Gaurav Rathore and regional head (NE) Manima Baruah who called on him at his office this morning, Khandu said the state government is committed to improve air connectivity in the state, which is geographically the largest in the North East, and offered cooperation and assistance to the airline operator.

Under the Government of India’s Regional Connectivity scheme UDAN, FlyBig started its operation in the state on May 24 last with its first flight between Pasighat (Arunachal Pradesh) and Guwahati (Assam).

Rathore informed that soon the airline will begin its operations from Tezu too.

He said FlyBig endeavours to be the platform of development for the region in which it operates. The airline started flight services in the month of January this year and it aims to connect tier-2 and tier-3 cities within the country.

Rathore further informed the chief minister that FlyBig, which is operating ATR 72 aircrafts with a seating capacity of 72 persons at the moment, has got the approval to commence flights between Guwahati-Pasighat, Pasighat-Shillong, Guwahati-Tezu and Tezu-Imphal.

Congratulating FlyBig, Khandu suggested extension of the services to all the existing Advancd Landing Grounds (ALGs) in the state to boost inter-state and intra-state air connectivity.

Observing that Dornier 228 aircraft with 15-16 seating capacity would better suit the purpose, Khandu said he would pursue with the Civil Aviation ministry (GoI) to this end.

He said once the Greenfield Airport at Hollongi is made functional next year, it can also be used by FlyBig as its operating base and commence flights to all the ALGs.

He directed the state civil aviation secretary to get in touch with the central ministry and Hindustan Aeronautics Ltd (HAL), manufacturers of the Dornier aircraft, to work out a vision plan to achieve this.

Khandu also suggested that besides passenger services, the option to operate cargo flights may also be included in the plan.

The FlyBig representatives assured all its cooperation both technically and physically in realizing the chief minister’s suggestions.