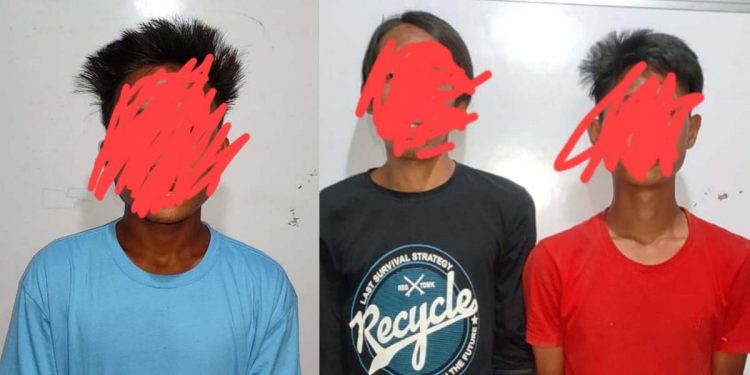 The anti-drug squad of the Tirap police, led by sub-inspector L Kimsing, apprehended Rangyang with 0.30 grams of suspected brown sugar.

A separate police team, led by sub-inspector O Rongrang, arrested Bangsia and Hallang and recovered around 2.75 grams of suspected brown sugar from their possession.

A motorcycle was also seized by the police from the duo.

“All three have been booked under appropriate sections of the Narcotic Drugs and Psychotropic Substances (NDPS) Act,” Tirap superintendent of police Kardak Riba said while appreciating the anti-drug squad for the arrests.

Meanwhile, within a week, the Arunachal Police has arrested a police constable and six others for their involvement in drug peddling in the Itanagar Capital Region.

The police recently arrested a police constable posted at the Itanagar Women Police Station on suspicion of drug peddling in the ICR.

The arrested police constable was identified as Chillong Techi.

Police also recovered around 68.24 gms of suspected heroin from the arrested individuals.

A case has been registered under sections 21(b) and 27(a) of the Narcotic Drugs and Psychotropic Substances (NDPS) Act against them.