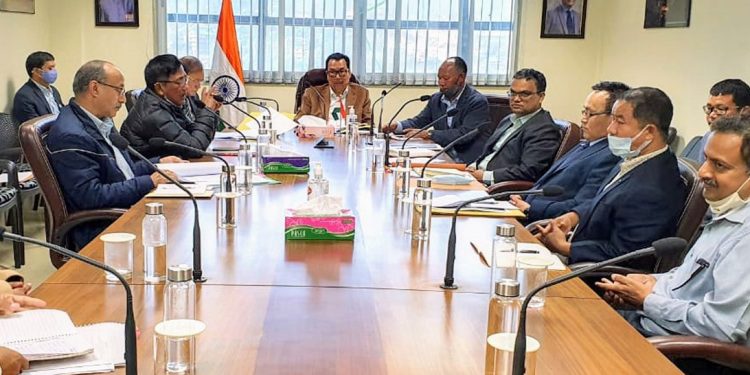 Arunachal Pradesh Deputy Chief Minister Chowna Mein on Saturday advocated inviting private power developers to harness the hydropower potential of the State so as to enhance the economy.

“The hydropower projects, once developed, will make our State self-sufficient in power as the developers will share free power of 5-10% with the State Government besides 1% for local area development. It will also create avenues for establishment of industry and food processing units for the local entrepreneurs,” Mein, who also holds the Power portfolio, said.

The meetings were convened with all the stakeholders to discuss the construction of the 23 MW Keyi hydro-electric project under Pistana circle of Lower Subansiri district and 14.5 MW Pareng project under Sagalee sub-division in Papum Pare district.

While assuring to look into the grievances of the project affected people of the two projects, Mein said that there is a shortage of power in the state despite having so much potential.

He said that the State’s Hydro-power Development Policy is one of the best in the country as it has incorporated the best elements found in the other States and that there is no scope of denying people’s rights.

He also asked the private power developers to maintain transparency while implementing projects and win the confidence of the local people for smooth implementation of the projects.