CM Pema Khandu has sought an amendment of a service condition cites a minimum height requirement for an IPS aspirant.

The development comes after an IPS aspirant from the State – Ojing Dameng failed to meet the minimum height requirement by 2.5cm.

As per the rules laid down, a candidate must have a minimum height of 165 centimetres to become an IPS officer.

Ojing Dameng had secured a rank of 644 in the Civil Services Examination, 2017 and was placed at the second spot of the provisional list of IPS officers in the ST category.

However, after medical tests conducted by the Central Standing Medical Board (CSMB), it was ascertained that Ojing Dameng does not meet the minimum height requirement to become an IPS officer.

He had challenged the CSMB’s decision at the Central Administrative Tribunal (CAT) in 2018, but on May 27 this year, the CAT dismissed his plea.

Meanwhile, Arunachal Pradesh CM Pema Khandu has stated that the minimum height requirement of 165 centimetres has deprived many IPS aspirants from the State.

In his letter, Arunachal Pradesh Chief Minister Pema Khandu said: “This service condition was framed in 1951 and apparently, not updated. Arunachal Pradesh came into existence as a Union Territory in 1972 and attained statehood in 1987. You will appreciate that when the All India Services Act was framed, the present-day Arunachal was under Assam administration and when the benefit was extended to ‘Assamese’ in the Act, the spirit would have been to include the tribes of Arunachal too.”

He said: “The UPSC aspirants of Arunachal Pradesh also need to be given the height relaxation for selection in IPS & serve the nation as Arunachal Pradesh was also under the composite state of Assam when the AIS Act, 1951 was brought into force, and as the same have been given to other tribes of the North East and other tribal states of India.” 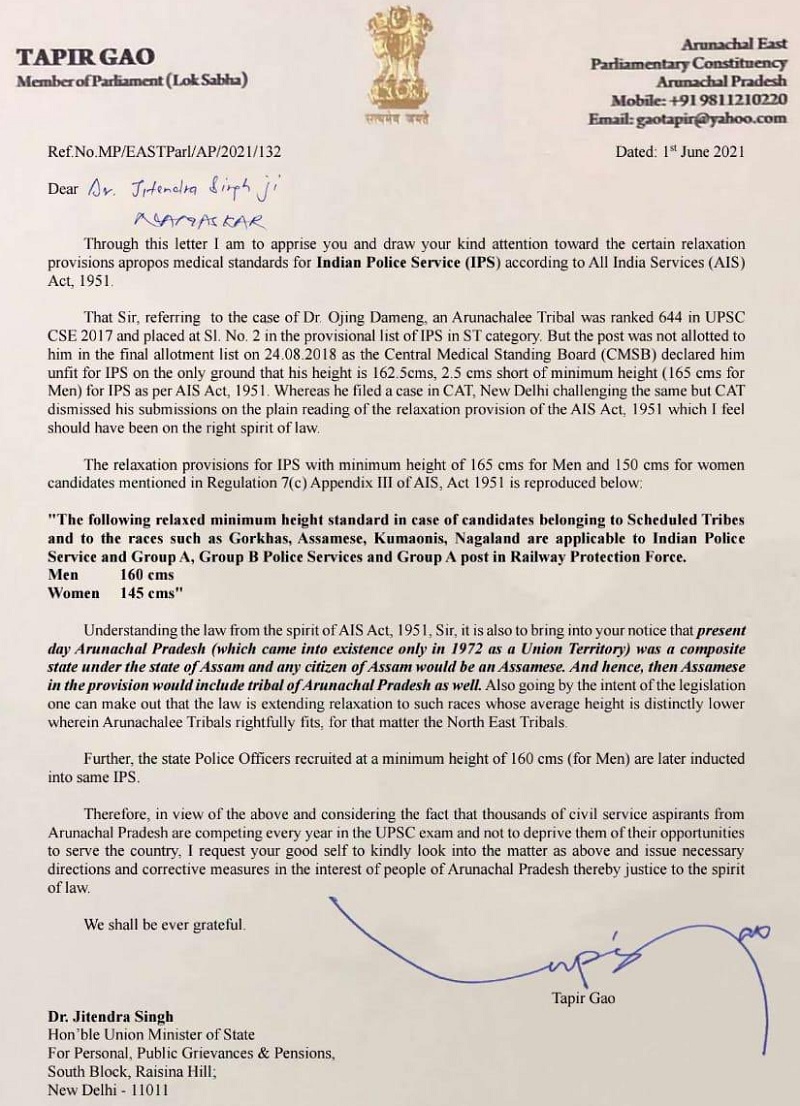