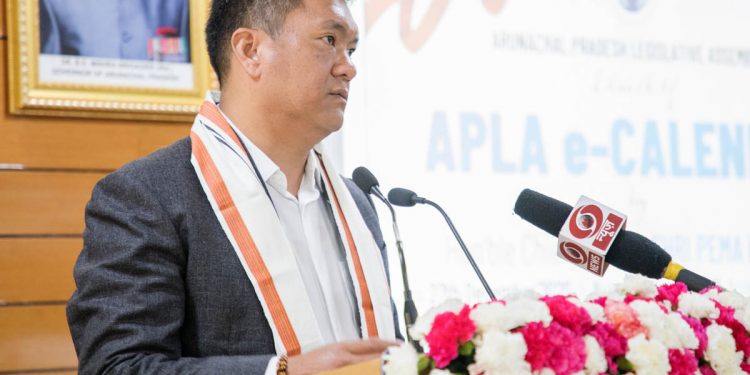 Arunachal Pradesh chief minister Pema Khandu on Monday held discussions on the status of road projects in the state.

Khandu met Brigadier AS Chonker, the engineer of Project Arunak of the Border Roads Organization (BRO) at his official residence in Itanagar and discussed various roads projects with him.

The BRO constructs and maintains roads of national importance in Assam and Arunachal Pradesh under Project Arunak.

The Arunachal Pradesh had announced to construct motorable roads to Tali in Kra Daadi district and the remote  Gandhigram and Vijaynagar in Changlang districts.

The residents in Gandhigram and Vijaynagar have to face immense hardships because of lack of road connectivity even today.

There is an advanced landing ground in Vijaynagar where fighter jets and large transport planes land.

A call on by Brigadier AS Chonker Ji, Chief Engineer #ProjectArunank this morning. Project Arunank of BRO is responsible for construction and maintenance of road infrastructure in Arunachal & Assam, which are of national importance. Discussed on status of such road projects. pic.twitter.com/xpp0M7rwSc