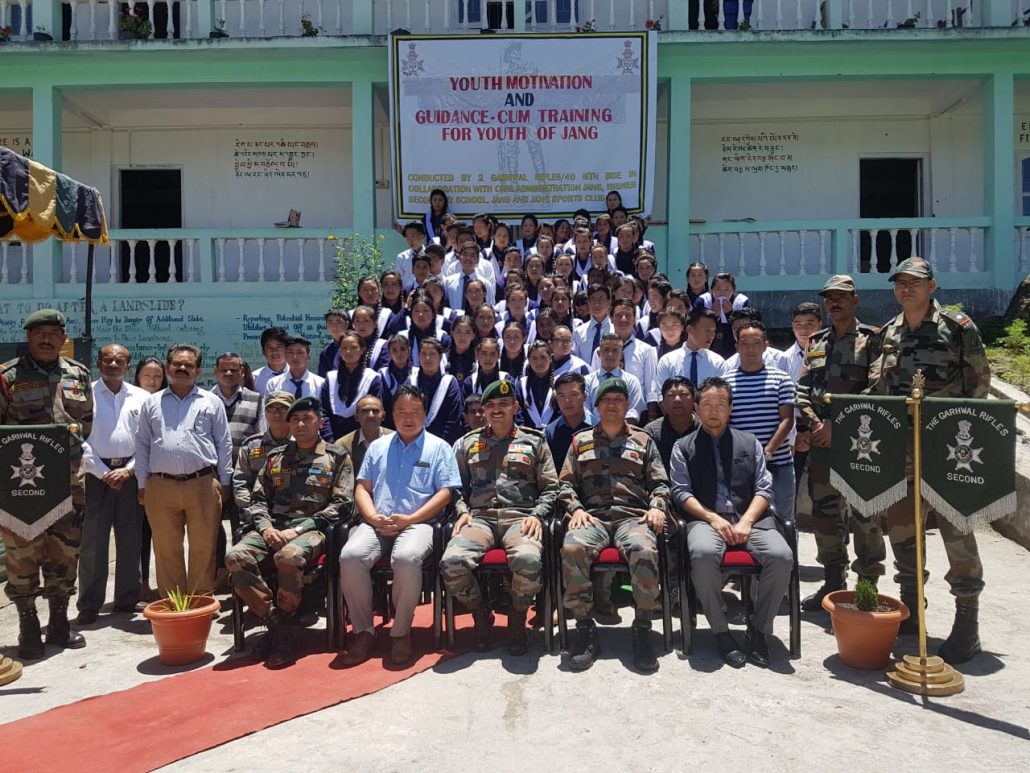 In an endeavour to bring awareness and train the local youths  in joining the Indian Armed Forces, a two week “Youth Motivation and Guidance and Training Programme” was organized in Jang, Western Arunachal Pradesh.

2 Garhwal Rifles under the aegis of East Tawang Brigade, Blazing Sword Division in collaboration with the civil administration of Jang organized it in Tawang District.

In an impressive opening ceremony which was organized  at Jang Higher Secondary School,  122 students, 82 girls and 42 boys registered for the programme.