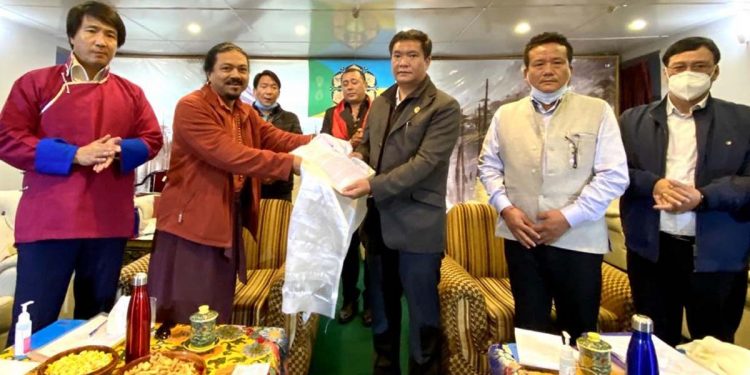 According to the MARDC, the 17-year-old demand for creation of the Mon Autonomous Region, which started in 2003, is still pending before the Government of India despite the State Assembly passing a resolution in this regard a year later.

“The State Legislative Assembly has already adopted and resolved for creation of an autonomous district council of Tawang and West Kameng along with that of the Tirap, Changlang and Longding districts way back in 2004 and forwarded the same to the Centre,” the MARDC said in a statement on Wednesday.

“The demand, however, is still pending after a series of follow up action over the years,” it said.

Meanwhile, a meeting to discuss matters related to the pending demand was also held in Tawang on Wednesday.

The meeting, held under the aegis of Monpa Mimang Tsokpa (MMT), the apex organization of the Monpa community, witnessed several issues pertaining to creation of the Mon Autonomous Region being discussed.

The participants in the meeting exhorted strong views over the necessity of creating the Mon Autonomous Region and expressed displeasure over the inordinate delay in granting the same by the Centre.

Following detailed deliberations, the house resolved to revive the committees of MARDC, both in Tawang and West Kameng districts, and start launching various activities related to the issue.

A memorandum requesting the state government to take up the long pending demand was later presented to chief minister Pema Khandu.

Legislators of Tawang and West Kameng districts including representatives of student unions, religious figures, senior officers and other eminent personalities participated in the meeting.

Following the demand for creation of Mon Autonomous Region under the provisions of the 6th Schedule of the Indian Constitution, the Centre had in 2014 constituted a four-member high level committee to deliberate upon the same.

The committee headed by the then joint secretary in the home ministry Shambu Singh had also visited Tawang in February 2014 and met the members of MARDC and public.

The MARDC had a year later met Defence Minister (then home minister) Rajnath Singh in which it had reiterated its demand.