tThe Kameng project will be made operational by March next year 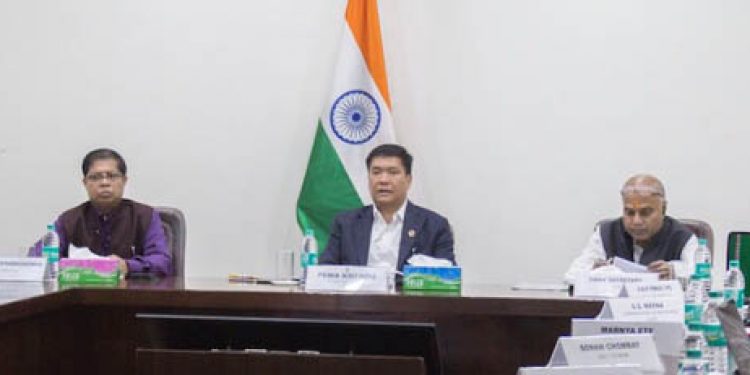 Chief Minister Pema Khandu held a meeting with NEEPCO officials to discuss on the commissioning of 110MW Pare and 600MW Kameng hydro electric project on Friday.

In the meeting, the Chief Minister sought to know the issues related to the status of these power projects and offered to render all possible help for their early commissioning.

Chief Minister Khandu also discussed the issue of 56 km Pinjuli-Khupi road that leads to Kameng project and is maintained by NEEPCO. He said the road is of national importance and discussed on improvement of the road conditions.

On power projects, Khandu got the assurance from the NEEPCO officials that the Kameng project will be made operational by March next year. On Pare, the officials said the project is in ready mode.

Informing that PM Modi has been enquiring about these two projects, Khandu urged the NEEPCO officials to complete the projects on time without shifting the target dates.