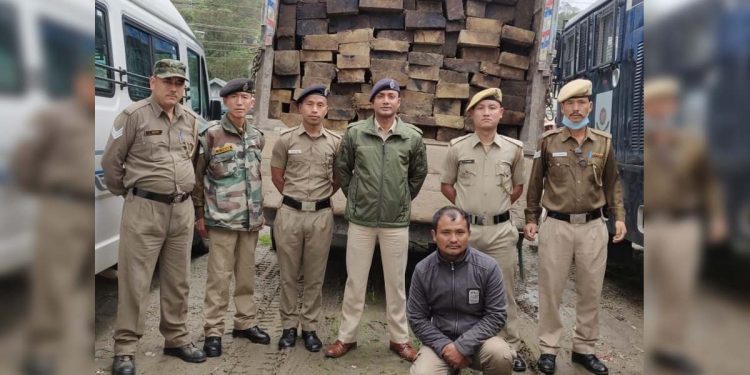 The Bomdila Police of Arunachal Pradesh seized a truck loaded with illegal timbers worth several lakhs at Bomdila on Wednesday night.

The truck from Nafra in West Kameng was destined for Assam.

Sub-Inspector K Dev, the officer-in-charge of Bomdila police station, said a naka was placed on a tip-off for intercepting the truck at about 2 am.

The truck bearing registration number AS 13 C-3644 was seized for carrying timbers and the driver, identified as Passang Tamang, was arrested.

During interrogation, he revealed that the seized timbers, loaded at Khazalang in Nafra, were to be taken to Bhalukpong where another party would have been transferred it to another truck for delivery in Assam.

The divisional forest officer (DFO) of Bomdila visited the police station and verified the timbers as illegal.

A case (No 31/2) under relevant sections of the Indian Penal Code and read with Section 3/7 of the Arunachal Pradesh Forest (Removal of Timber) Act of 1983 has been registered and a probe is on for finding other people involved in the illegal timber trade.