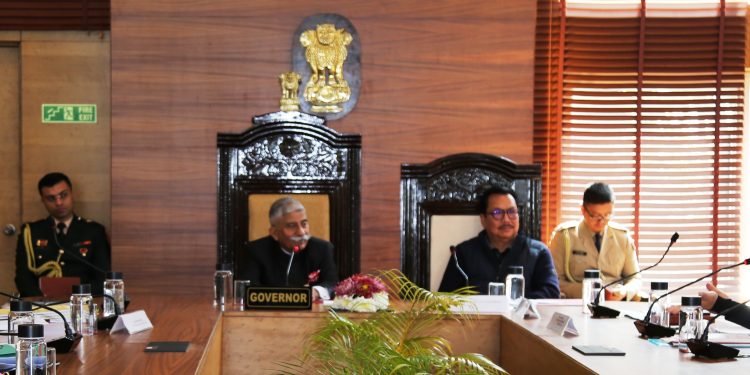 Arunachal Pradesh Governor Brig (Retd) B D Mishra on Monday presided over a meeting to review and resolve the audit objections being raised every year by the Comptroller and Audit General of India at Raj Bhavan in Itanagar.

Expressing his deep concern regarding long pending and regularly repeated audit paragraphs, the Governor advised the officials to resolve queries at the earliest.

He also asked them to meet the representatives of Public Accounts Committee and Accountant General regularly and periodically to ensure that the State does not default on any matters of accounts and no audit paragraphs are imputed to the State’s financial management.

The Governor asked the senior officials to put in concerted effort to ensure better financial administration.

By honest approach and perseverance the present problems have to be eliminated during the current year, he underscored.

The Governor said that the financial grants, which the State Government receives is the tax payer’s hard earned money and it should be utilized with probity and transparency.

In this regard no mismanagement or inaction will now be tolerated from any officer, department or institution.

The Governor suggested for regular meetings of the PAC Chairman, Accountant General and officials of Finance Department to resolve the issues of audit objections.