Besides old patients undergoing treatment in TRIHMS, the number of new cancer patients increases to 1,000 each passing year 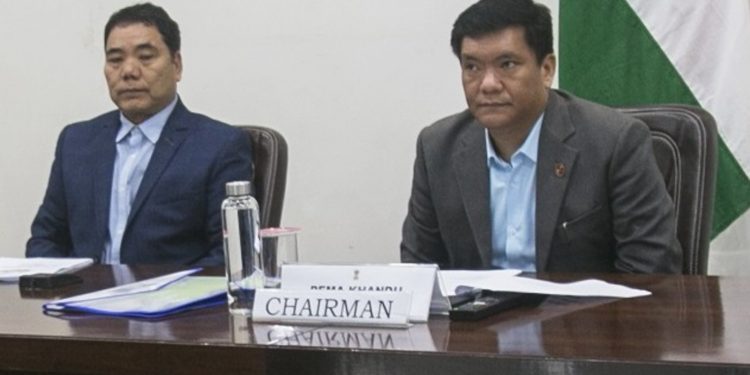 The 4th governing council meeting of Tomo Riba Institute of Health and Medical Science (TRIHMS) resolved to set up an Engineering Task Force to approve, monitor and certify all infrastructural projects of the institute.

The meeting was held under the chairmanship of Arunachal Pradesh chief minister Pema Khandu at Itanagar on Thursday.

The decision came in the wake of several ongoing projects of the institute being halted or slowed down due to various reasons including delay in the approval of works by a committee constituted earlier for the purpose.

It has now been proposed that the chief engineer (planning & design) would head the Task Force for approval, monitoring, and certification of work projects being implemented at TRIHMS.

Of the various infrastructure development works carried out at TRIHMS, it was informed that 70 pc of the Hospital Block-II has been completed which will transform it into a 500-bedded hospital.

Around 70 pc of the academic block has also been completed while a process is on to acquire a private building to house at least 250 students.

Delving on the progress of the state’s first medical college, its director, Dr Moji Jini informed the Governing Council members that all the 50 students of the first batch are now in their second year of MBBS course.

Preparations are on to induct new students for the second batch of students next year, said Dr Jini.

He informed that as per the erstwhile Medical Council of India (MCI) guidelines, the college cannot increase its student intake capacity until it completes four academic years.

However, the college authorities have approached the new National Medical Commission (that has replaced MCI) to allow TRIHMS to increase its student intake capacity from the next session.

Dr Jini said the college is fully capable of accommodating 100 to 200 students per session.

He also informed that since the inception of TRIHMS, the footfall of patients has increased manifold.

He said the hospital’s OPD has recorded about 1,000 patients per day, three times more than that of the earlier records.

To cater to all types of patients, he stressed the need to establish PMR, Radiotherapy and Cancer wing and an Emergency and Trauma centres besides procuring equipment like MRI.

The top-end CT scan machine installed in the hospital, he revealed, is the second such machine acquired by any hospital in the country at the moment.

However, one of the statistics revealed by Dr Jini raised concerns of the governing council members including the chief minister and health minister Alo Libang.

TRIHMS records showed that besides old patients undergoing treatment, the number of new cancer patients increases to 1,000 each passing year, which is alarming.

All members agreed on the urgent need for research and treatment of cancer by creating the latest facilities at TRIHMS besides creating awareness amongst the citizens.

Khandu observed that the number of new cancer patients every year would be more than 1,000 as many would have gone outside the state for diagnosis and treatment and it is not reflected in the records.