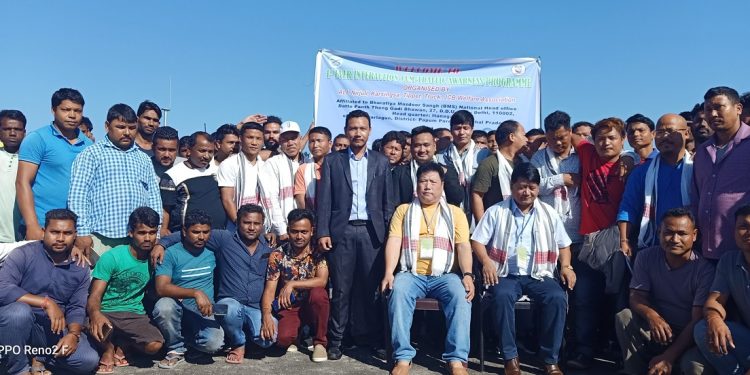 All Arunachal Pradesh Public Transport Federation (AAPPTF), president Dobing Sonam, has called upon the commercial and passenger vehicle drivers to take a pledge to be well-versed with the traffic rules and follow them in letter and spirit.

He reiterated ‘professional drivers are the backbone of every supply chain it is their duty to follow traffic rules at all times besides making others aware of the same’.

“Instead of following the wrong doers who break traffic rules ‘intentionally’ in most of the cases, we should set an example for others to emulate by obeying the rules,” he said.

“This will not only help us earn respect, but will also go a long way in curtailing traffic congestion,” Sonam added.

Sonam further urged upon the executive members of ANKTTJWA to be the custodian of their members and help and guide them when in need.

“The true motive behind forming a transport association should be to support its members,” he also said.

“As the government cannot come to the rescue of everyone during difficulties, may they be physical, or financial, it is the association, who should to take care of its members when they fall ill or if some unavoidable situation occurs,” Sonam said.

He also advised the Union to initiate membership drives and use the collected money for suitable purposes.

The AAPPTF president also assured to put forth the requirements of the ANKTTJWA like that of a parking space, toilet etc in front of the authorities concerned.

Speaking as the guest of honour, Capital Complex district transport officer, Chakfa Wangsu, appealed to the drivers to keep their vehicle documents updated at all times.

He educated the gathering on the procedures through which one can apply and renew their licences and get their vehicles registered.

Speaking on proper parking practices, Wangsu opined that reckless parking was one of the main reasons of traffic congestion in the twin capitals, especially in market areas.