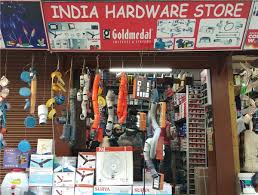 The All Arunachal Contractor’s Welfare Association (AACWA) has called upon the state government to allow the opening of hardware shops in the Itanagar Capital Region (ICR) for at least 3 days in week if the lockdown is extended in the region.

It also urged the government to allow vehicles carrying construction materials to ply on the roads until 9.00 am in those days.

AACWA president Nabam Akin Hina on Saturday said “the lockdown has severely affected the contractors of the ICR and also those from other districts who purchase construction materials like cement and steel from the region.”

“Several contractors who are carrying out government projects are being compelled to put their work on halt due to shortage of construction materials. Moreover, there is no provision of concession that the contractors get from private parties or banks as most of them take loans to invest in their projects,” Hina said in his statement.

The AACWA president also hit out at the government for allegedly not paying heed to the demands of the contractors.

“A few days ago the government announced to release the pending bills of contractors to the tune of Rs 400 crores. The announcement came as a big relief for us, however, not even a single paisa has been released till date,” Hina said while appealing the government to clear its stand.

The association further appealed to the government to provide adequate personal protective equipment and other basic facilities to the frontline Covid-19 warriors.

It also called for early completion of the pre-fabricated Covid-19 hospital in Doimukh.

Following, the spurt in the number of Covid-19 cases, the ICR that consists of Itanagar, the state capital, Naharlagun, Nirjuli and Banderdewa and in Doimukh in Papum Pare district is under lockdown since July 6 and the same is scheduled to end at 5 am on Monday.

However, as per sources, the government is most likely to extend the lockdown for another week till July 31.