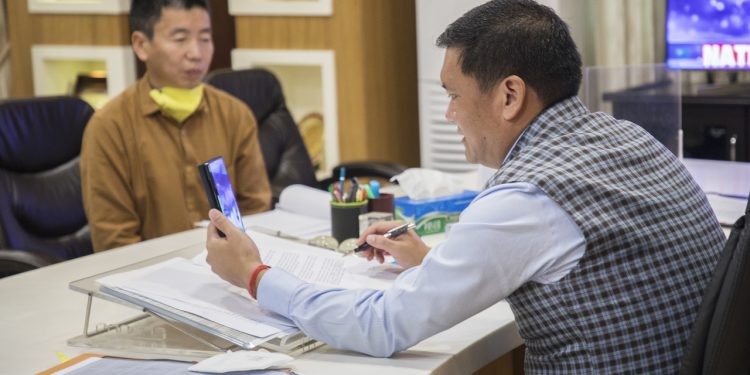 The said bridge was in a dilapidated condition and movement of vehicles over it was restricted owing to huge risk of it collapsing anytime.

This bridge is the only line of communication to Daporijo which is around 278 kms from Itanagar and other villages located on the other side of Subansiri River.

It also connects the Siang belt with Upper Subansiri.

The State Government had taken up the issue of reconstruction of the bridge with the Centre.

The reconstruction work was subsequently entrusted to the Border Road Organization (BRO) under Project ARUNANK, which after taking over from state PWD started works from March 17, 2020.

Lauding the BRO, Khandu said despite various problems faced due to national ‘lockdown’ owing to COVID-19 outbreak, the premier construction organization took up the construction work at war footing and within a short period of around one month, completed project.

He also commended the district administration for extending excellent co-operation to the BRO in completion of the bridge.

“Now that this strategic 430 feet multi span bridge is completed, hassle free communication is restored to Daporijo and around 451 villages as well as all the forward locations along LAC where our security forces are deployed,” Khandu said.

He also appreciated the decision taken by chief secretary Naresh Kumar and Upper Subansiri deputy commissioner Kanto Danggen to allow BRO to carry out the construction work amidst the lockdown.

The bridge has been named after martyr Hangpan Dada, who laid down his life fighting terrorists in Jammu and Kashmir and was posthumously awarded the Ashok Chakra.