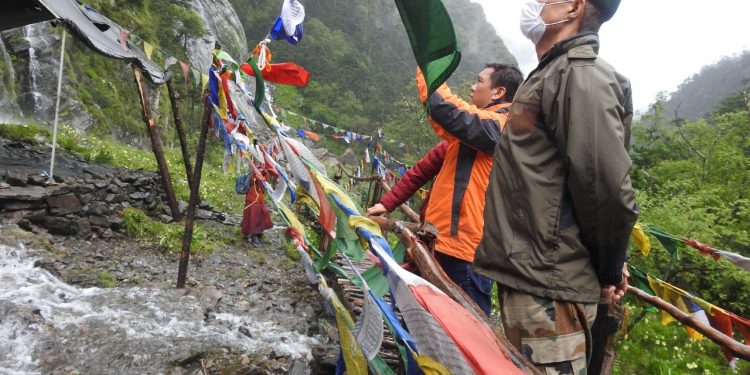 Despite the religious significance of this area to the local Tibetan and Monpa community, the Chumi Gyatse lacked infrastructure to fulfill the aspirations of the locals.

In a joint effort, led by the chief minister and Indian Army, the project of constructing this prayer hall commenced in May 2018 and was completed in June 2020.

Along with this construction, civil administration and Indian Army has improved the connectivity to this remote location by constructing a motorable road.

Khandu dedicated this to the people of the State for offering prayers at this highly revered site as he felt that this would boost the tourism to these remote areas.

This is also part of the Indian Army’s initiative of nominating 2020 as the Year of Tourism.

He also thanked the Indian Army for providing whole-hearted assistance in making this a reality and reiterated the successful civil-military bonhomie existing in the border state of Arunachal Pradesh.

The event was also attended by MLAs of Dirang and Lumla and local Monpas of Tawang.