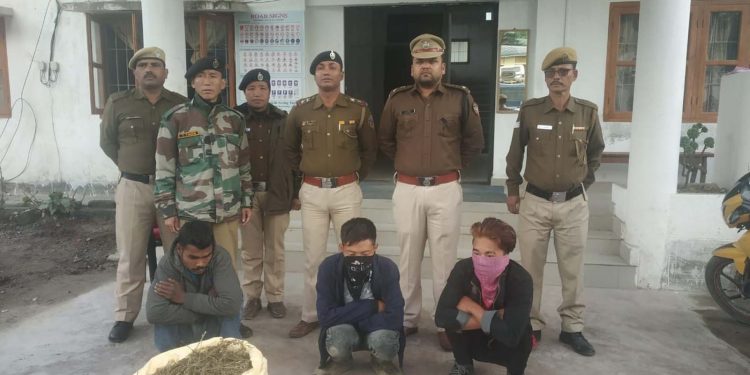 The Bomdila police solved a case of robbery and arrested a drug peddler within 48 hours.

On Thursday, the team arrested Dilip Gor alias Kaka, a 40-year-old from Udalguri in Assam’s capital city of Guwahati, the gateway to Northeast.

The team recovered 4 kg of cannabis, locally known as ganja and 20 gm of marijuana or charas, locally called ‘black’, from his possession.

Dev and his team arrested three miscreants on Wednesday after receiving information about a robbery on the highway near a petrol depot.

They were caught from different parts of Bomdila after an hour of hide-and-seek and chase.

On being interrogated, they disclosed the source of drugs.

Dev’s team nabbed Kaka from a specified location and recovered the drugs from him.

All the accused were produced before the court of the District and Sessions Judge, who remanded Kaka to four-day police custody and the others in judicial custody.

“Anybody found consuming or in possession of such drugs will have to face serious legal consequences,” Dev said.

Dev requested the denizens to cooperate with the district police in curbing such anti-social activities.