Speakers and delegates from 53 countries are attending the 64th edition of the CPC. The Indian delegation is led by Lok Sabha Speaker Om Birla 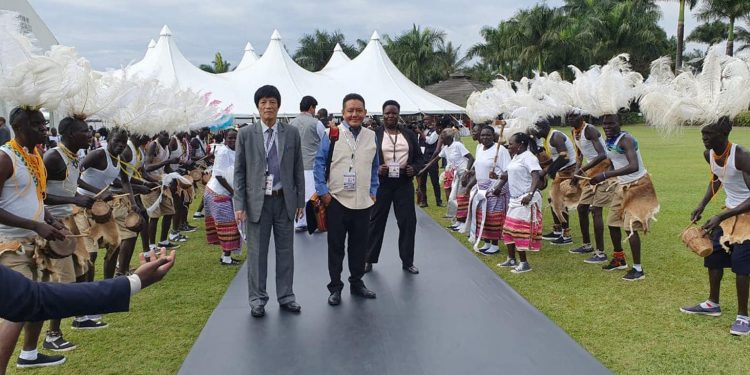 A delegation of the Arunachal Pradesh Legislative Assembly arrived at the Commonwealth Resort Munyonyo in Kampala in Uganda on Thursday.

The delegation will take part in the 64th Commonwealth Parliamentary Conference (CPC).

The delegation is led by Speaker Pasang Drojee Sona.

The theme of the 64th CPC is ‘Adaption, Engagement and Evolution of Parliaments in a Rapidly Changing Commonwealth’.

Speakers and delegates from 53 countries are attending the 64th edition of the CPC.

The delegation comprises of presiding officers and secretaries from state legislatures who are also members of the Commonwealth Parliamentary Association.

During the conference, around ten workshops will be held on various subjects and Speaker Sona is likely to deliver a speech on common issues concerning the Commonwealth nations.