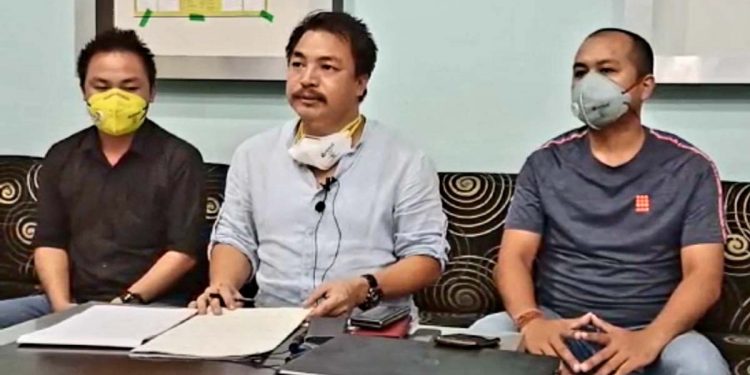 The All Arunachal Pradesh Students’ Union (AAPSU) has called upon the Union Ministry of Human Resource Development (MHRD) to cancel the terminal examinations for end semester students of Arunachal Pradesh for the current academic year.

The University Grants Commission (UGC) in its latest guidelines had said that universities must conduct the final year/final semester exams before September 30.

In a representation submitted to Union HRD minister Ramesh Pokhriyal on Sunday, the AAPSU said “the ministry’s decision to conduct the examinations has left the students, parents, teachers and other stakeholders including the union confused and in chaos.”

“Most of the final semester students of Rajiv Gandhi University (RGU) and its affiliated colleges are not ready to appear for exams due to the fear of Covid-19 pandemic, especially in the Itanagar Capital Complex Region where the lone central university is located. Further, the month-long lockdown in the region has severely affected the mental and emotional well-being of the students,” the AAPSU said.

The Union said “several other universities and institutions in the state are also unsure about the exams and many of its students are against the ministry and UGC’s move to forcibly push for exams during such a serious health crisis which has affected the entire nation.”

The AAPSU further reasoned, besides Covid-19, Arunachal is also bearing the brunt of natural calamities at present.

The recent spate of landslides, floods and other natural calamities in the state has cut-off surface and digital communication in many districts of the state. Further, many parts of Arunachal and Assam are presently under lockdown. It will be almost impossible for the students to make it to the universities for their exams, the union said.

The AAPSU further said the SOPs and other guidelines issued for conducting exams are practically impossible to be strictly adhered to in a state like Arunachal where the authorities are still struggling to contain the pandemic.

“We are also skeptical about the safety and security measures to be put in place for the students and the teachers as well if they are compelled to appear for the exams,” it said.

The union added that making the exams mandatory will compel the students to come out of their houses and travel thereby increasing the chances of exposure to the virus.

Any large-scale outbreak of Covid-19 cases resulting from the final semester students appearing for exams across the state shall be disastrous for us and greatly undo the current efforts put in by the frontline workers of the state, the union said.

The AAPSU on the day also submitted a separate representation to chief minister Pema Khandu in which it appealed to him to pursue the matter of cancelling the examinations with the prime minister’s office, MHRD and UGC.

“An alternative mode of evaluation should be devised which does not risk the lives of the students in view of this global pandemic. The AAPSU is of the strong view that a more humane and rational approach should be taken towards the plight of the students whose teaching-learning process has been completely disrupted since the 1st nation-wide lockdown which was announced on March 23 this year,” the union wrote in its representation.

The AAPSU has further asked the RGU and Arunachal Law Academy to cancel the notifications which have been issued by them for the conduct of terminal semester and online examinations respectively.