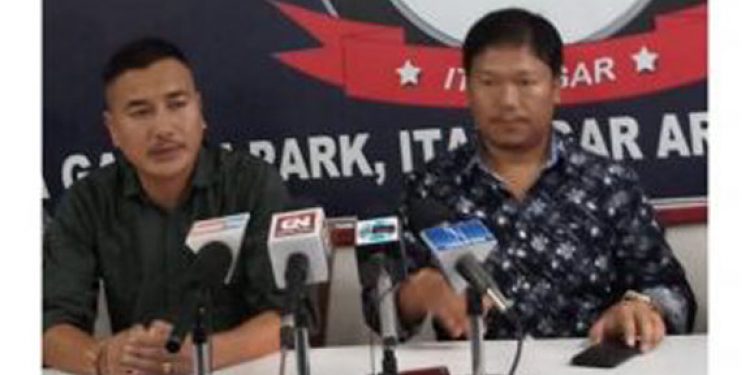 Stepping up pressure on the State Government to sack Capital Complex Deputy Commissioner, Prince Dhawan, accusing him of misusing Government money while disbursing compensation for four-laning of NH-415, the All Arunachal Pradesh Students’ Union (AAPSU) has announced that it would take out a protest rally in the capital on October 15.

Addressing a news conference at the Press Club here on Thursday, AAPSU president Hawa Bagang said that the demand seeking the ouster of the Capital Complex DC has already been conveyed to the Arunachal Pradesh Chief Minister and the State Chief Secretary but it has turned into deaf ears.

“Representatives of the AAPSU had last month also met Chief Secretary Satya Gopal and discussed with him the process of land acquisition and disbursement of compensation for the four-laning to be taken up on the stretch from Chandranagar to Pappu Nallah tri-junction. We also requested the Chief Secretary to remove the incumbent DC and appoint a new and capable one immediately, however, no action has been taken so far from the Government’s end,” said Bagang.

The students’ body had in the first week of September also demanded the State Government to institute an SIC to investigate the allegations against Dhawan while claiming that he has not only left the land acquisition process incomplete but also misappropriated Government money.

AAPSU said it is not only worried about the corruptions in which DC Dhawan is allegedly involved but it is also at the same time apprehensive about the present Government which claims of good governance as it has failed to take “action against such officer(s)”.

Bagang also cautioned that the Union would take the matter with the Union Ministry of Road and Highway if its demand is not fulfilled soon.

Meanwhile, general secretary Tobom Dai informed that AAPSU would join all the component organizations of North East Students’ Organization (NESO) viz. All Assam Students’ Union, Khasi Students’ Union, Garo Students’ Union, Mizo Zirlai Pawl, etc. in the national capital from October 5 to October 12 during which the delegation would meet and apprise the national political leaders about various issues pertaining to the northeastern region.

“Issues like Citizenship Amendment Bill 2016, Separate Time Zone for northeastern States and recurrence of flood in the region to be declared as national calamity, separate IAS Cadre for the State of Arunachal Pradesh, etc. are likely to be discussed during the meeting(s),” Dai said.