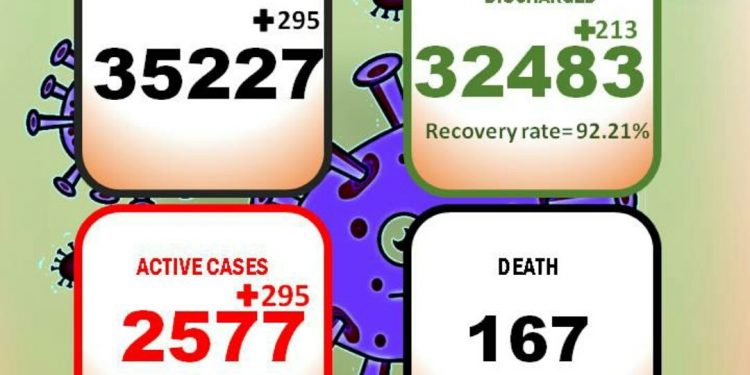 Arunachal Pradesh on Monday recorded 295 fresh cases of Covid-19, although no deaths have been reported.

The total number of positive cases have reached 35,227.

The state at present have 2,577 active cases.

A total of 32,483 people have recovered from the infection so far in the state.

Despite the Arunachal Pradesh government taking a slew of measures to break the chain of transmission, there has not been much decline in the number of positive cases in the state.

The state government has been repeatedly asking the public not to let down their guard.