18 border villages in Arunachal Pradesh to be developed into model villages: Kiren Rijiju 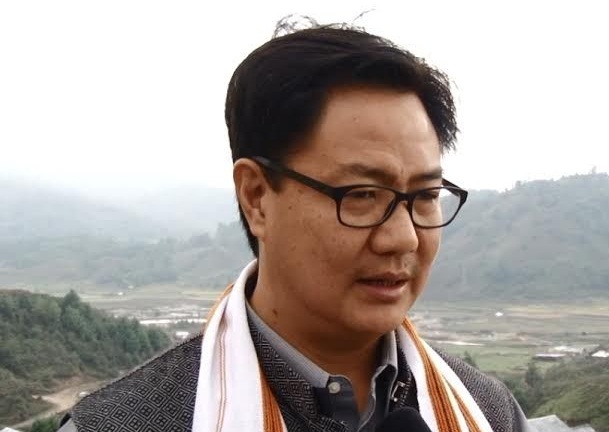 The Central Government has identified 18 border villages in Arunachal Pradesh to be developed into model villages, Union Minister of State for Home Affairs Kiren Rijiju said on Friday.

Speaking at a press conference in Itanagar, Kiren Rijiju said the Home Ministry’s move would help in curbing migration from these villages. Under the Border Area Development Programme (BADP), Singbir in West Siang and Gelling in Upper Siang would be adopted as model villages in the first phase, for which Rs 23.14 crore has been sanctioned.

Rs 2 crore has been sanctioned for the remaining 16 villages. The model villages will have all the basic amenities and focus on priority sectors like health, water, electricity and infrastructure, the minister said. He added that funds for the model villages would be separated from the regular border area development programme.

Recognizing the contribution made by Vivekananda Kendra Vidhyalayas (VKVs) in the field of education in the state, the Home Ministry also sanctioned Rs 80 crore for establishing new VKV’s as well as upgrading the existing ones.

“An amount of Rs 60 crore has been sanctioned for establishment of new VKVs at Anini, Lazu, Nafra and Mukto while the rest will be utilised to upgrade the existing VKVs at Amliang, Niusa, Koloriang and Chayangtajo,” Rijiju said. Most of the ITBP (Indo Tibetan Border Police) deployment is in Arunachal Pradesh, for better management of Indo-China border, the Frontier Headquarter of ITBP would now be shifted from Shillong to Itanagar, he said, reported TNT.

The sector headquarter of ITBP would be established at Likabali in Lower Siang district and the Battalion Headquarter would now be retained at Basar instead of shifting to Dibrugarh in Assam as was earlier decided. Arunachal Pradesh would also get a National Disaster Response Force (NDRF) battalion headquarter which would be established at Holongi near here for Rs 153 crore, Rijiju said and added that the state would also get two Indian Reserve battalions of its own.

For strengthening police infrastructure in troubled Tirap, Changlang and Longding districts, a revised project with estimated cost of Rs 212.85 crore has been sanctioned by the ministry, he said.