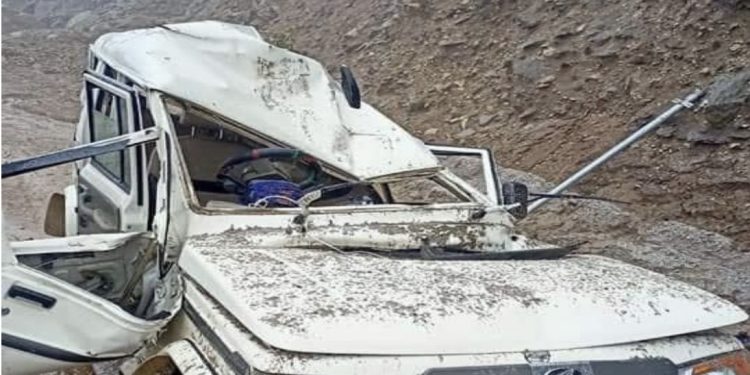 The mangled vehicle at the accident spot in Baisakhi

One man has died on the spot, while another sustained serious injury in a road mishap at Baisakhi in Dirang circle of Arunachal Pradesh’s West Kameng district.

The victim has been identified as S Ariyavalagun, who was the deputy manager (Civil) of Patel Engineering Limited.

According to police officials, the incident occurred at around 10:30 am on Friday when the vehicle on which they were travelling was hit by a shooting stone near the quarry site of Patel Engineering.

Meanwhile, the injured electrical engineer Paltan Kumar has been taken to Guwahati in Assam for further treatment.