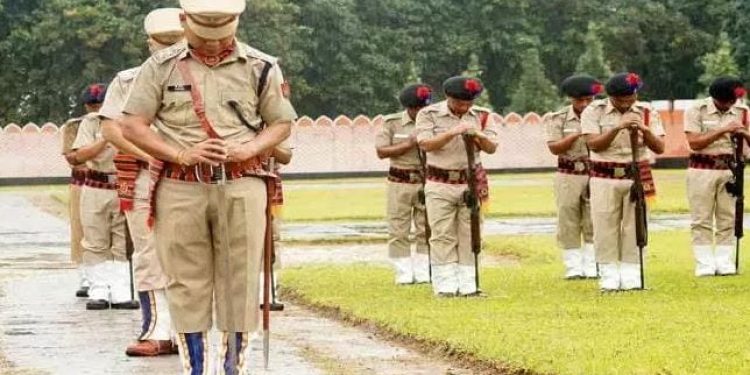 The Intellectual Support Group (ISG) representing five circles of Yomcha, Liromoba, Darak, Lower Kamba and Upper Kamba in West Siang district of Arunachal Pradesh has alleged the police of breaking the laid down procedures while carrying out midnight raids in two villages of the district.

In a representation submitted to the director general of police (DGP) on Saturday, the Intellectual Support Group while citing ‘police excess’ said that at least a dozen masked police personnel raided and searched several houses at Laggi Gamlin village without identifying themselves and without showing a search warrant on the intervening night of May 1-2.

The group also alleged that the all male police team also forcibly entered and searched houses where women were sleeping. 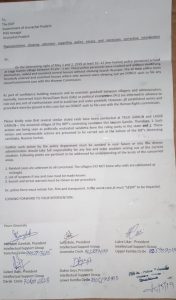 As part of confidence building measure and to maintain goodwill between villagers and administration, normally, the concerned Gaon Burhas/Gaon Burhis or the political interpreters are informed in advance to rule out any sort of confrontation and to avoid law and order problem. However, all established norms and procedure were by-passed in this case, the letter from ISG stated.

Claiming that the village folks are still unaware of the reason behind the raids, the ISG demanded that related case and suspects if any be informed and arrest and search warrant be produced as per procedure.

The ISG also alleged the raids of being politically motivated vendetta by the ruling party, presumably carried out by the ruling BJP MLA from Liromoba constituency and stated that several similar styled raids have been carried out in Tego Gamlin and Laggi Gamlin villages which happen to be the ancestral village of National People’s Party MLA candidate Jarpum Gamlin.

Stating that the incident is aimed at intimidating the law abiding citizens, the ISG has further threatened to move the judiciary for redressal of their grievances.