Arunachal: Missing AN-32 comes as reminder for similar tragedy decade back 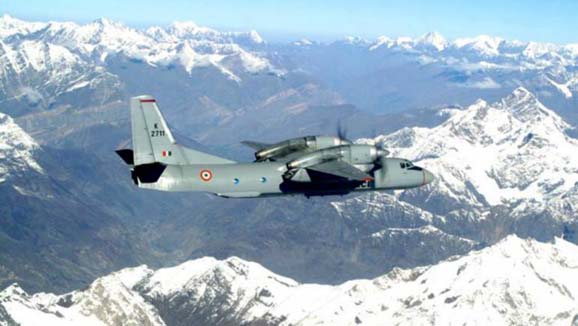 The missing AN-32 aircraft of the Indian Air Force (IAF) on Monday came as a tragic reminder of a similar incident that took place about a decade back in the hill state of Arunachal Pradesh.

An AN-32 transporter aircraft of the IAF crashed near Mechuka in 2009 like the one that went missing on Monday and the striking similarities between the two incidents are the facts that both the aircrafts had 13 passengers on board and bound for landing in Mechuka Advance Landing Ground.

“It may be recalled that about a decade back a similar AN -32 aircraft crashed on a hilltop near Tato village in Shi Yomi,” said Shi Yomi deputy commissioner Mito Dirchi while speaking to this correspondent on Monday.

It may be mentioned that the ill-fated AN-32 aircraft took off from Jorhat at 12:27 pm on Monday for Mechuka ALG.

“Efforts are on to establish the whereabouts of the aircraft.  C-130J, AN-32 and Mi-17 of IAF and Indian Army ALH helicopter launched to locate the missing aircraft. Some reports of possible location of crash site were received, however, no wreckage has been sighted so far,” said defence spokesman Wing Commander Ratnakar Singh on Monday.

He said the IAF is coordinating with the Indian Army, various government and civil agencies to locate the missing aircraft.

Search operations will continue from air and by ground parties of the Indian Army throughout the night.

However, it has been reported that wreckage of the missing AN-32 aircraft of the IAF has been detected at Payum village, close to Tato in Shi-Yomi district.

Sources further said in June 2009, an AN-32 aircraft took off from Mohanbari airport in Assam’s Dibrugarh district.

The aircraft first went missing and after a massive search operation, the wreckage was recovered with all the 13 persons on board dead.