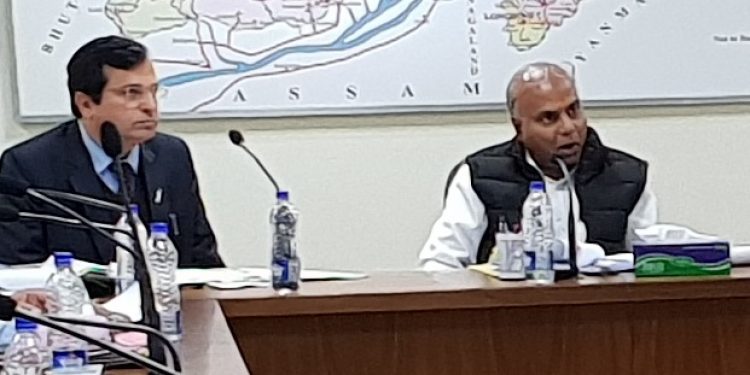 Arunachal Pradesh Chief Secretary Satya Gopal has urged the Airport Authority of India (AAI) to undertake all its Corporate Social Responsibility (CSR) schemes in State by keeping the government in the loop.

Gopal, who on Monday sat for a meeting with D K Kamra, the regional executive director of AAI said that the initiation is required so as to ensure transparency and accountability and also to stop or tap the misuse of such schemes.

The Chief Secretary on the day also reviewed the project status of the airports in Tezu and Hollongi besides taking stock of the status of proposed four lane road to Tezu Airport, shifting of utilities and requisite forest and environment clearance etc.

Video clips of safe landing of Dornier and ATR planes at Tezu Airport were also shown during the presentation.

On the recent issue of conversion of Tezu Airport from Visual Flight Rules (VFR) to Instrument Flight Rules (IFR), the Deputy Commissioner informed that the matter has been referred to district forest officer, Tezu for approval to clear the vegetative obstacles for conversion as requested by the AAI.