An MBA from USA to contest panchayat polls on BJP ticket

Rina believes that skill development should be popularized among the youths to tackle the problem of unemployment. 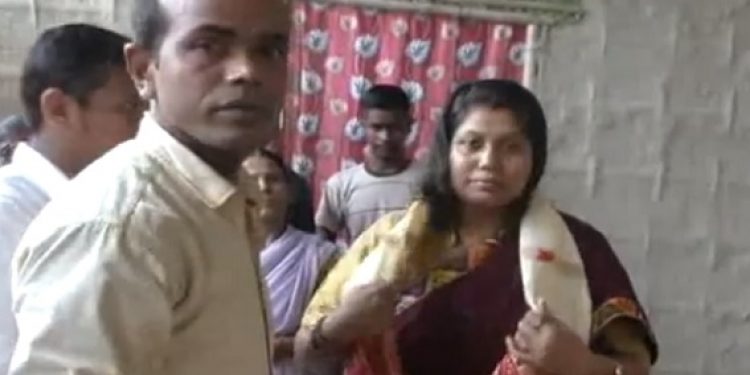 Of late, the media focus has shifted from the real issues at the panchayats to the ‘lack of knowledge’ of the candidates put up by the political parties. Almost every day funny videos of ‘ignorant’ candidates contesting in panchayat polls are being circulated in the social media.

Against the backdrop of media being agog with the ‘lack of knowledge’ of the candidates contesting in panchayat polls in Assam here is an exception for the viewers.

This candidate might be one of the highly educated candidates contesting on BJP tickets in panchayat elections in Assam. Meet Rina Patowary, the BJP candidate from Pub Kachari Mahal Zilla Parishad under Kamalpur legislative assembly constituency.

Rina is a post graduate in English from the Gauhati University and did her MSW from the Pune University. As she was keen in health sector, she decided to move to USA to pursue a course in Health Service Administration in Kean University. After obtaining MBA degree from Kean University, Rina worked for a while in America. But she decided to leave the coveted job there and returned to her native land and started a poultry farm christened as Sarathi.

Her focal area is health and she advocates for good governance. Rina believes that skill development should be popularized among the youths to tackle the problem of unemployment.