Amit Shah mentions Kamakhya in his speech at party meet

People from all parts of the country voted Modi to power, says BJP president 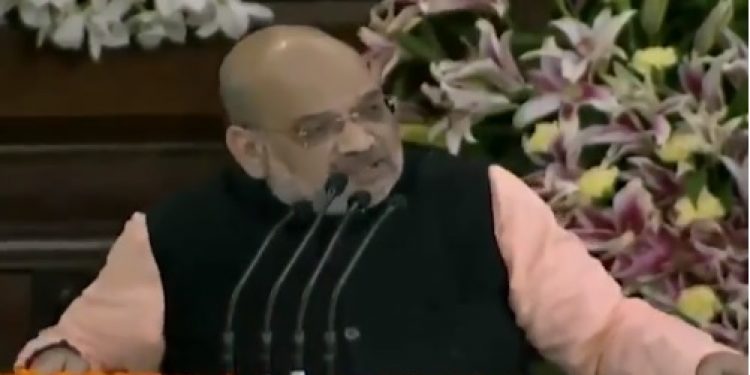 BJP president Amit Shah said he has toured the country from Kashmir to Kanyaumari and Kamakhya to Kutch, and the people from all parts of the country voted Modi to power.

Kamakhya Temple, situated at Guwahati, is one of the oldest of the 51 Shakti Pithas.

Shah, while speaking at the NDA parliamentary party meeting, also said the air strike in the terror camps in Balakot of Pakistan was a befitting “reply” to those who had termed the surgical strike, launched by India in September 2016, as ‘fluke’, says a TOI report.

The BJP president in his speech on Saturday also said that the 22 crore people, who were beneficiaries of different welfare schemes launched by PM Narendra Modi, have shown faith in Modi in the Lok Sabha polls 2019 resulting in the massive win of the saffron party.

Reiterating that Modi wave continued to play a major role in the last elections, Shah said, “There has been a Modi Tsunami in the country.”

The national party president of the BJP said the surgical strike in 2016 and the Balakot air strikes made a point that India has such a leader who could dare to carry out attack on terrorists in their own den.

The report quoted Shah as saying: “During the 90s, when terrorism raised its head and shook the country, people felt that the then governments were not serious about the safety and security of the country. For the first time under the Modi government, people have confidence that here is a leader who can hit the terrorists in their den.”