7 billion-yr-old stardust is the oldest material found on Earth: Scientists 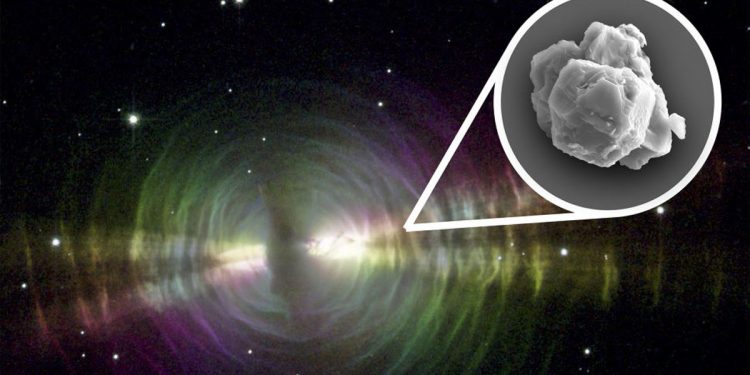 The scientists have identified the oldest solid material ever found on Earth.

Researchers claimed that the stardust was formed 5 to 7 billion years ago, came from a meteorite that fell to Earth, half a century ago in Australia.

According to the researchers, as published in a paper in the journal PNAS, the stardust came down in 1969 in Murchison, Victoria state.

The scientists from Chicago’s Field Museum claim that they have possessed a piece of the stardust for the last five decades, say media reports.

The curator of meteorites at the museum, Philipp Heck examined pre-solar grains, which are bits of stardust that become trapped in meteorites, making them time capsules of the period before the sun was born.

It may be mentioned that although the universe has numerous floating stardust, no presolar grains have ever been found in Earth’s rocks.

That’s because plate tectonics, volcanism and other planetary processes heated and transformed all the presolar dust that may have collected during Earth’s formation, said lead study author Philipp Heck, the Robert A. Pritzker Associate Curator of Meteoritics and Polar Studies at the Field Museum of Natural History in Chicago.

A decade ago, only 20 grains from the meteorite were dated by a different method.

Now, researchers have been able to determine the age of 40 grains, most of which are between 4.6 billion and 4.9 billion years old.

These ages correspond to the moment when the first stars began to break up, and since that type of star lived for two to 2.5 billion years, the stardust can be as old as seven billion years.

“These are the oldest solid materials ever found, and they tell us about how stars formed in our galaxy,” a media report quoted Heck as saying.