Woman gang-raped before her husband, 3 held in Dibrugarh 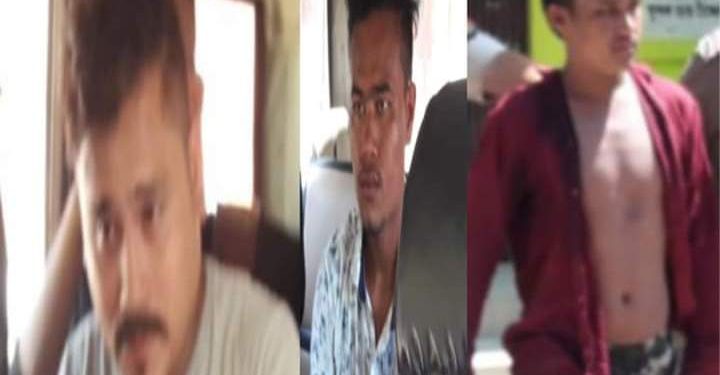 The three accused knocked on the door of their house asking for drinking water.

A 40-year-old woman was allegedly gang-raped before her husband by three men in  upper Assam’s Dibrugarh district in the early hours of Sunday.

The police acted swiftly and arrested all the three accused after the case was reported to them.

According to police, the incident occurred at Bokpara Ghorbondichuk village under Lahowal police station in the district.

The three accused allegedly committed the crime around 2 am when the victim was sleeping inside their house along with her husband who is a physically challenged person.

Her husband had lost one of his arms completely in an accident several years ago.

Police said the rape survivor in her FIR stated that the three accused knocked on the door of their house asking for drinking water.

As the couple refused to open the door as it was midnight, they  broke it open and barged into the house.

She was then dragged out of the house and raped by the trio as her husband watched the act helplessly.

“We have recorded the statement of the woman. She has been sent for medical examination and the report is awaited. All the three accused have been arrested and booked under Section 376 of the IPC,” Dibrugarh Additional SP Dhruba Bora said.

“We are investigating the case. They went to the women house and asked for water and the women denied then three of them barged into the house and raped the women in the nearby by jungle,” said Bora.