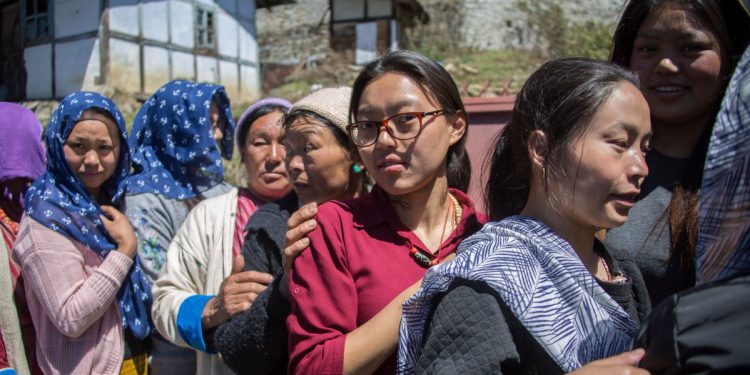 Arunachal Pradesh Congress has alleged that 37 dead persons exercised their franchise in the State on April 11 polls.

“The BJP “brought back to life” 37 people for casting votes at the polling stations in Pating and Checki villages on April 11,” The Hindu quoted Tai Nikio, Congress candidate for the Nyapin Assembly seat in Kurung Kumey district said, as saying.

He further alleged the EVMs in the Nyobia circle of the district could have been tampered with as six booths did not have CCTV cameras.

Elections were held to 57 of the 60 Assembly seats in the State. Three candidates won uncontested.

“We have lodged complaints at the office of the chief electoral officer on the dead voters besides filing an FIR on blatant violation of election procedures,” M Tai said, demanding re-polling.

“Our polling agents were barred from entering some polling stations. A few were also kidnapped and tortured. Bamang Jarjo, a polling agent, was threatened with dire consequences,” he said.

The State’s election officials said the complaints were being looked into.

This was after State Congress Committee president Takam Sanjoy said the BJP had indulged in booth capturing, kidnapping and assault of party workers.