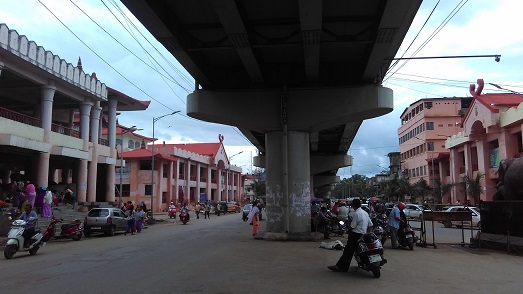 Imphal roads wear deserted look from dawn to dusk after transport services were suspended for the day on July 13, 2018. Photo: Sobhapati Samom

Normal life has been severely affected in Manipur on Friday due to the 24-hour general strike by Socialist Students Union Manipur, Proletrian Feminist Movement and Socialist Women Association.

The general strike which started from July 12 midnight was called demanding to make public the draft bill to protect indigenous population before tabling it in the state assembly, settlement of border issues with Myanmar, justice for weightlifter Sanjita and transparent posting system of government teachers.

The general strike was effective in the greater Imphal area and some important locations of the valley districts after the strike supporters mostly women who came out in group and enforced the bandh.

Imphal roads wore a deserted look from dawn to dusk after the transport services were suspended for the day. Most of the government and private offices, besides all the educational institutions both private and government, markets, shops and business establishments remained closed for the day.

Even though few offices around the state secretariat area in the heart of Imphal town remained open, the attendance was very poor. All banks also remained closed.

But the strike did not affect the normal functioning of Imphal International airport and had no impact in some district headquarters.