2019:  An ominous year for the Indian Air Force 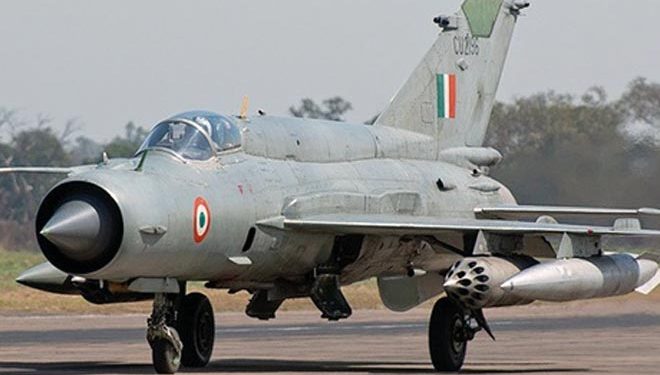 It is definite that 2019 has been an ominous year for the Indian Air Force (IAF).

Till September 24, as many as 12 IAF aircrafts crashed, and 20 air warriors have been killed in these crashes.

As the Indian Air Force is gearing up to celebrate its raising day on October 8, top officials of the formation are definitely not happy with the accidents in 2019.

One MiG-21 trainer aircraft crashed on Tuesday in Bhind district of Madhya Pradesh. Fortunately, both pilots managed to eject safely.

Couple of months ago, the Defence Ministry had informed the Parliament that in the 2016-17, six IAF fighter jets, two helicopters, one transport aircraft and one trainer crashed.

In 2017-18, the IAF lost two fighter jets and one trainer aircraft in crashes.

The number rose in 2018-19 when seven fighter jets, two helicopters and two trainers were lost in crashes.

But, the number of IAF’s aircraft crashes in 2019 is much higher than the previous years.

It is definitely a cause of worry for every Indians. After all, the IAF is the fourth largest formation in the world.

The year began with a cheerless note for the IAF when a Jaguar fighter jet crashed near Khushinagar in Uttar Pradesh on January 28. The fighter aircraft had taken off from Gorakhpur. Fortunately, the pilot managed to eject safely.

In less than 72 hours of the first accident of 2019, two pilots – both Squadron Leaders, were killed in a Mirage 2000 crash in Bengaluru on February 1.

On February 12, a MiG-27 crashes near Pokhran in Jaisalmer district of Rajasthan. The pilot ejected safely.

Two Surya Kiran aircrafts collided had mid-air on February 19 during a practice session at the Yelahanka Airbase in Bengaluru.

The jets collided when they were practicing for the Aero India 2019 show. One pilot was killed while two others were seriously injured.

On February 27, a MiG-21 Bison crashed during an aerial battle with a Pakistani F-16 fighter jet. The pilot, Wing Commander Abhinandan Varthaman was subsequently captured in Pakistan.

One Mi-17 V-5 military transport helicopter crashed in Budgam district of Jammu and Kashmir on February 28. Three people, including two pilots, were killed in the crash at Budgam.

On March 8, a MiG-21 crashes in Bikaner district of Rajasthan. Fortunately, the pilot had managed to eject safely.

A MiG-27 UPG aircraft of the IAF crashed near Sirohi after taking off from Jodhpur on March 31. The plane was on a routine mission, and the accident was due to a technical snag.

On June 27, a Jaguar fighter aircraft made an emergency landing in Ambala after a suspected bird hit. The pilot had dropped the additional fuel tank after the bird hit.

To everyone’s surprise, fuel tank of a Tejas light combat aircraft fell off in a village in Chennai’s outskirts on July 2 while the aircraft was on a routine sortie. Luckily, the fighter jet landed safely at the Sulur Air Force station.

On August 8, a Su-30 fighter jet crashed in a paddy field in Milanpur area of Sonitpur district of Assam. The fighter jet was on a routine training mission. Both the pilots had managed to eject successfully.