Around 2000 women Self Help Group (SHG) members of 199 SHGs under the NULM Dibrugarh Municipal Board will be trained on SHG’s organisational management, books of records and formation of SHG cooperative societies, which is called area level federation, in next 60 days.

Gam also said, “This is a massive capacity building drive to enable the women for economic freedom.”

The Assam State Urban Livelihoods Mission (ASULM) on Tuesday organised a capacity building programme among Self Help Groups (SHGs) under Dibrugarh Municipal Board (DMB). The capacity building drive has been initiated with the help of Mission for eliminating poverty from the DMB areas. 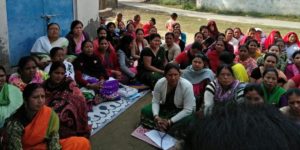 There are a total of 644 SHGs under Dibrugarh Municipal Board.

Gam also said on Tuesday, around 200 SHG members from three wards under the DMB took training on book of records and how to run the SHGs in good manner.

“Trainers have come over from Andhra Pradesh to impart training to the SHG members. The training programme will immensely help the urban SHG women to run the SHGs in a better way. Earlier, 122 SHG members from Dibrugarh town had taken training,” Gam added.

National Urban Livelihood Mission is to reduce poverty and vulnerability of the urban poor households by enabling them to get access to gainful self-employment and skilled wage employment opportunities, resulting in an appreciable improvement in their livelihoods on a sustainable basis, through building strong grassroots level institutions of the poor.

Speaking on the aim of NULM, the city project manager of Dibrugarh also said, “The main aim of NULM is to provide shelters equipped with essential services to urban homeless in a phased manner. The Mission would also address livelihood concern of the urban street vendors by facilitating access to suitable spaces, institutional credit, social security and skill to the urban street vendors for accessing emerging markets opportunities.”

According to the project manager, the Mission will provide RF amounting to Rs 10,000 to the SHGs to form corpus fund of the group. The basic eligibility for getting RF is that a SHG should be functional for a period of at least three months and thereafter the SHG will be graded on the basic of ‘Panchasutra’.