“A fringe section of the protestors to revive Nagaon paper mill has been broken apart by the BJP-led government in Assam." 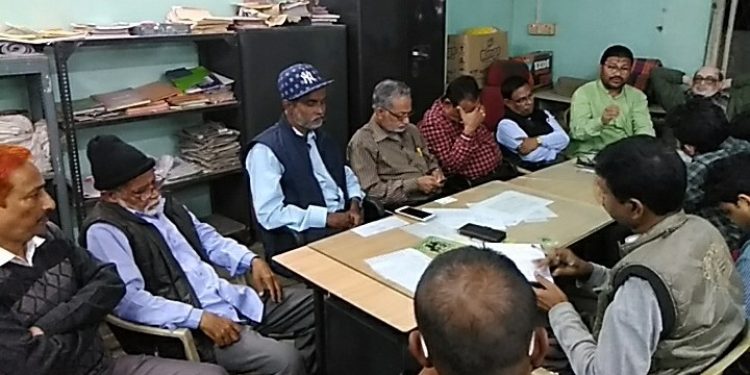 HPC paper mill revival action committee chief convener Manabendra Chakraborty expressed his gratitude to the people of the Barak Valley for their whole hearted support to the bandh.

Talking to media persons in the evening Chakraborty said, “A fringe section of the protestors to revive Nagaon paper mill has been broken apart by the BJP-led government in Assam. As a result they did not take part in a bandh call today. Assam CM Sarbananda Sonowal, himself played the key role of a mediator to make false promises to them once again and thwart the plans for a successful bandh that would have crippled central Assam, today.”

Addressing the media along with a host of other leaders from various organizations, but, a part of this committee, Chakraborty added, “The step-motherly attitude of the state as well as the central government has led to the death of 39 employees in the past two years. This has resulted in a bandh of mass magnitude that we have witnessed today in the districts of Karimganj, Hailakandi and Cachar. If both the governments don’t act at this moment then they might be overthrown from their seats of power which they are enjoying right now.”

“The level of protest would intensify now and if any untoward incident occurs during this period, both the governments would be solely responsible for that,” Manabendra Chakraborty said.

Talking to Northeast Now, Kishore Bhattacharjee, a seasoned trade union leader said, “Today’s bandh call is not a bandh call just for us but a bandh for the common people or the masses of this valley, well justified by the fact that more than 1000 protestors have courted arrest in various places of the three districts.”

Kishore Bhattacharjee, added, “HPC paper mill revival action committee now has plans to take this agitation right up to Dispur as well as Delhi in the next few months. We have to make sure that by doing so we can keep both the governments jittery of a large scale mass movement coming ahead.”

Various leaders of HPC’s revival committee present during the interactions with the press, reiterated in unison, “The office para in Silchar town had their doors open but not even a single staff was present all throughout Thursday. Schools and colleges too have shut their campuses and so also the shops and business establishments of the three districts, which made the Barak bandh held today, successful. But this historic day is the beginning of a severe storm in the form of protests heading this way for the revival of these two industrial units in coming months.”

“At any cost we cannot let both these two industrial units be shut down for ever,” Manabendra Chakraborty said before winding up his conversation with Northeast Now.