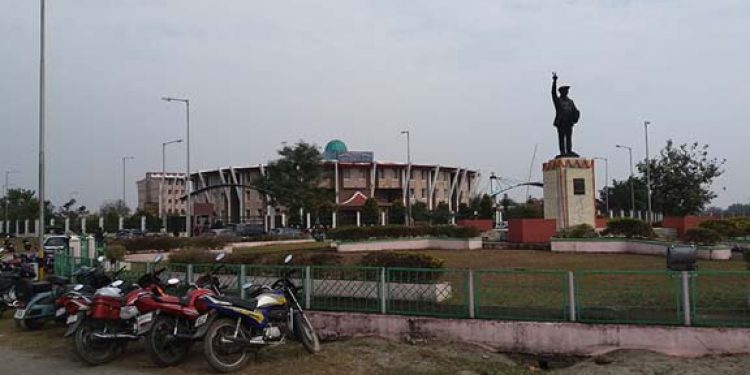 A view of Kokrajhar town near the BTC Assembly. Image credit - Scroll.in

At a time when the 12-hour bandh, called by 46 organisations demanding scrapping of the Citizenship (Amendment) Bill, 2016, was observed in most parts of the Brahmaputra Valley, there was little impact of the bandh in Kokrajhar, the headquarters of Bodoland Territorial Council (BTC), on Tuesday.

The 12-hour statewide bandh failed to affect normal life in Kokrajhar town with most of the business establishments like shops and markets remained open, and the Government offices, schools and other educational institutions functioning as usual.

However, according to information, the attendance in government offices and educational institutions was thin.

In Shanti Nagar Pathshala Primary School, though all the four teachers were present, out of the total 126 students of the school, only 15 students remained present.

Though long distance public transport like buses remained off the roads, short distance vehicles were seen plying on the roads as usual.

Additional police personnel and security forces were deployed throughout the district to ensure that there is no disruption or violence in connection with the bandh call.

No untoward incidents were also reported from any part till the filing of the report.