Will go by Modi’s ‘no adverse fallout of NRC’ assurance: Bangladeshi official 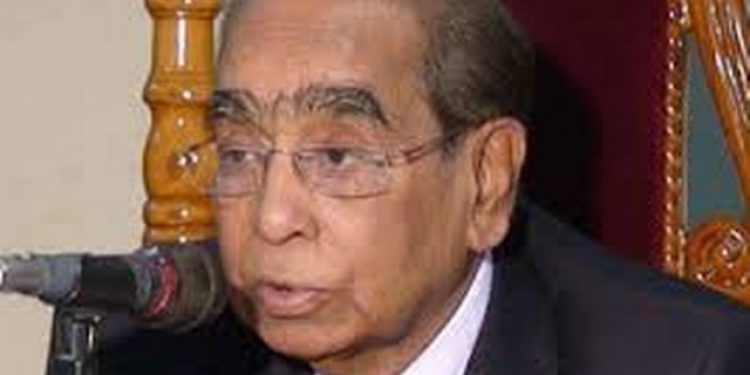 A top Bangladesh official says Indian Prime Minister Narendra Modi has personally assured Sheikh Hasina that her country will not suffer any adverse fallout of the national Register of Citizens (NRC) exercise in Assam.

Hasina’s chief political adviser H T Imam told a visiting Indian media delegation that Modi has told Hasina that India has no plans to push back anybody into Bangladesh from Assam.

“The Indian Prime Minister has promised to keep Bangladesh in picture over the NRC exercise in Assam and insisted nobody would be unilaterally pushed back. We understand this is an internal exercise of India,” said Imam, the country’s first Cabinet Secretary and its most experienced bureaucrat.

When asked about Amit Shah‘s ‘termite’ slur on Bangladeshi migrants, Imam described such remarks as ‘the usual sound and fury of electoral politics’.

“We will go by the Prime Minister’s assurance and not get worked up by stray remarks made during election speeches,” he said.

These remarks have caused much anger in Bangladesh but the ruling Awami League is seeking to skirt them to avoid embarrassment in an election year.

It is seen as close to India and irresponsible remarks by BJP politicians like Shah only adds to the ruling party’s worry.

But the Awami League has sought to avoid getting entangled in the controversy. Only Information Minister Hasanul Huq Inu who belongs to Jatiya Samajtantrik Dal, an alliance partner of Awami League, described Shah’s ‘termite’ remark as unwanted but added it did not reflect India’s official position.

It has been reliably learnt that Bangladesh is seeking India’s help in starting the repatriation of the Rohingya refugees to Myanmar ahead of the country’s parliament elections scheduled in December.

India’s successful repatriation of seven Rohingyas to Myanmar this week from Assam is seen as a positive development by Bangladesh.

“We can now tell the UN agencies who insist on the safety of the Rohingyas before repatriation that if India can send them back, we can as well,” a top Foreign Ministry official here said.

China has tried to mediate between Bangladesh and Myanmar on the Rohingya issue and advised both nations to treat it as a bilateral matter.

Having got global attention and piled enough pressure on Myanmar by getting the UN involved, Dhaka now realizes it may be a better idea to push Myanmar through India and China to get the repatriation of Rohingyas started.

India’s sending back the seven Rohingyas through the Moreh border is seen in Dhaka as a silver lining.

The Awami League is looking forward to score a few brownie points with the electorate ahead of the parliament polls in December.

Giving Muslim Rohingyas shelter on humanitarian grounds earned global acclaim for the Hasina Government, but sending them back now us seen as key to avoiding huge pressure on Bangladesh’s economy.

In private conversation, Awami League leaders appear uncomfortable with the presence of Rohingyas who are seen as radical in their Islamic beliefs than the liberal secular Bengali Muslims whose support has brought the Awami League to power.