The ninth and strongest typhoon of the year has affected 6.68 million residents in Zhejiang 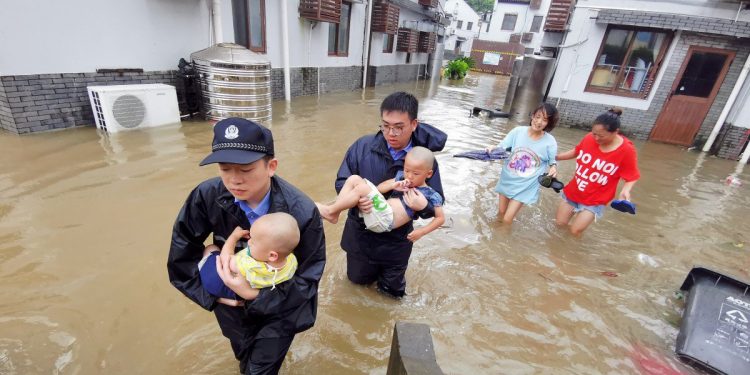 At least 44 people have so far lost their lives and 12 have gone missing in China’s Zhejiang and Shandong provinces due to typhoon Lekima.

The death toll in Zhejiang rose to 39 while nine others remained missing till Monday, Xinhua news agency reported.

The ninth and strongest typhoon of the year has affected 6.68 million residents in Zhejiang, among whom 1.26 million were evacuated.

Lekima made landfall on Saturday afternoon in the city of Wenling in Zhejiang.

It made a second landing on Sunday night on the coast of Qingdao in Shandong province.

It has affected 1.66 million people and forced the relocation of 183,800 as of Monday morning.

Red alert has been sounded in the coastal city of Qingdao. All tourist destinations have been shut down to the public, while 127 trains and all long-distance bus service have been suspended.

Rescue and relief work was underway on Monday in both the affected provinces.

Lekima is expected to travel through Shandong and enter the Bohai Sea by Monday.