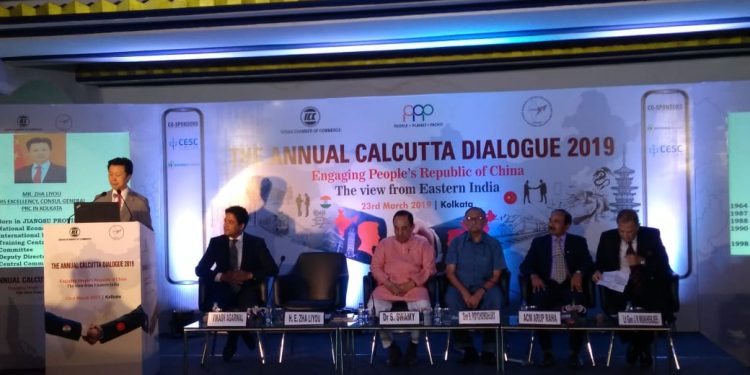 “Chinese tourists are the single largest bloc of international tourists now. They undertook 150 million outbound trips in 2018. If we get even one percent of this traffic, we get 1.5 million high spending tourists every year. That will boost India’s tourism earnings considerably,” Bhambhawale told a seminar on “Engaging China” jointly organised by think-tank CENERS-K and Indian Chamber of Commerce here on Saturday.

India’s eastern states have a huge potential of attracting these Chinese tourists, said the former ambassador.

“You have the Buddhists sites like Bodh Gaya and Sarnath in the east, the city of Kolkata is best known among the Chinese, not the least for its big Chinatown and Shantiniketan’s Viswabharati University set up by Rabindranath Tagore has the oldest centre of Sino-centric scholarship in India ,” said Bhambhawale.

“That would attract many Chinese, for them Kolkata could be the gateway into India,” he said.

Kolkata is connected to Kunming in China’s Yunnan province by air four times a week.

Bhambhawale said the ‘Incredible India’ campaign should focus on big time advertising in China more than it does in the West. “Why not get a Chinese celebrity to anchor the campaign in Chinese media,” he thought aloud.

He called for the total privatisation of the tourism industry and the government just to play the role of facilitator.

“They can send Indian tourists to China and get Chinese tourists from there. It can be a very profitable two way traffic in keeping with the rising curve of Chinese and Indian economies,” said Raza.

Chinese consul-general in Kolkata Zha Liyou said tourism was good not only for business but also for boosting people-to-people relations.

“Entire perceptions about our countries will change if more or our people visit each other,” he said.

Liyou talked glowingly of Tagore and how his visit to China in the 1920s was a landmark and did leave a deep imprint on Chinese intellectuals.

He reminded the audience of his role in starting the normalisation process with China when he was asked by PM Morarji Desai to visit that country.

At one point, Swamy took apart PM Narendra Modi when he said, “Neither Modi nor his finance minister knows economics.”