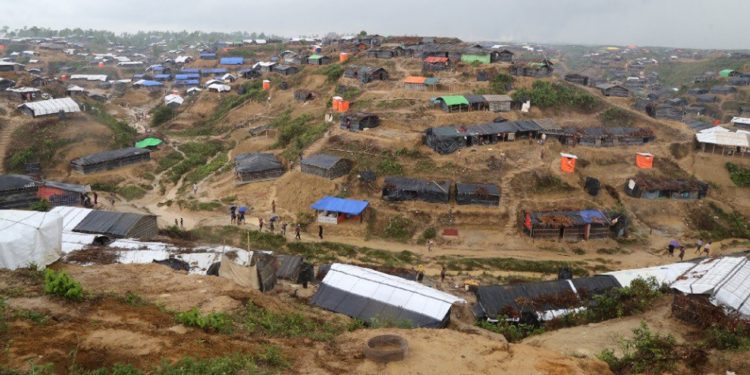 The directive of Bangladesh authorities to shut down mobile connections to the Rohingya camps has been termed by ARTICLE 19 as violation of “rights to freedom of expression, information and non-discrimination”.

The steps taken by the Bangladesh authorities would deepen the vulnerability and isolation of the traumatized community, said Faruq Faisel, the regional director of ARTICLE 19 for Bangladesh and South Asia.

ARTICLE 19 is an organization which works for protecting freedom of expression.

It works for a world where all people can freely express themselves and actively engage in public life without fear of discrimination.

On September 1, 2019, the Bangladesh Telecommunication Regulatory Commission (BTRC) had written to its telecom operators to restrict access to mobile telecommunication services by Rohingya people.

The BTRC also instructed the telecom operators to withdraw SIM cards used by Rohingyas and end sale of the same to Rohingyas.

On September 3, 2019, the BTRC asked the telecom operators to shut down high-speed mobile internet access in Rohingya refugee camps near Cox’s Bazar in between 5 pm and 6 am.

The refugee camps are inhabited by millions of Rohingya people in the southeastern part of Bangladesh.

Commenting on the order, an ARTICLE 19 report quoted Faruq Faisel as saying, “The order will have an enormously detrimental impact on the Rohingya refugee population.”

“These measures will deepen the vulnerability and isolation of a traumatized community that has suffered horrific violence and persecution.”

“Bangladesh authorities claim they are protecting national security and public order but have failed to put forward any credible justification for such a sweeping measure,” added Faisel.

Police had claimed there were reports of several cases lodged against Rohingya refugees for being involved in drug trafficking.

Besides, Rohingya refugees’ alleged involvement in robberies and murders was also reported.

The Rohingyas, who area a traumatised community, have faced persecution for several decades.

In a major Myanmar military crackdown carried out in August 2017, thousands of Rohingyas were killed in Rakhine State of Myanmar.

The crackdown also compelled 7,00,000 Rohingyas to flee to neighbouring Bangladesh where they have been taking shelter in many camps.