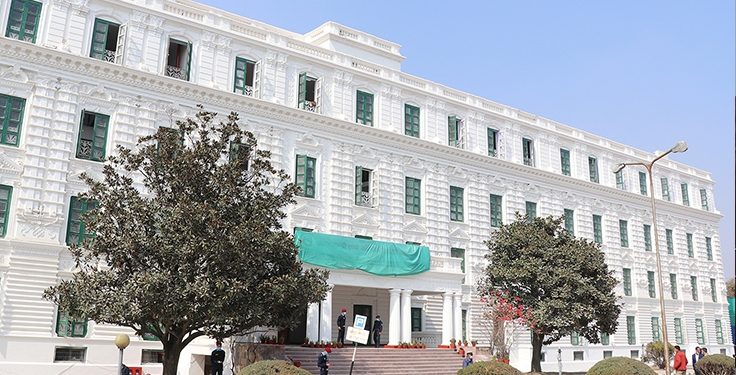 Nepal’s main administrative complex Singha Durbar, which was heavily damaged in the 2015 earthquakes, came into operation again on Monday.

Most of the reconstruction works of the Durbar have completed.

The complex had housed the Prime Minister’s Office, the Ministry of Defence and the National Planning Commission of Nepal for decades before being devastated by the 2015 earthquakes.

Prime Minister K.P. Sharma Oli inaugurated the use of the restored areas of Singha Durbar, whose western part is still being reconstructed.

“Singha Durbar isn’t just the main administrative complex, it is also a historically important site of the country,” he said during the inauguration.

“The effort to bring the same building into operation after a retrofitting is commendable.”

The government had decided to reconstruct the neo-classical structure built-in 1908 instead of demolishing it for its archeological value.