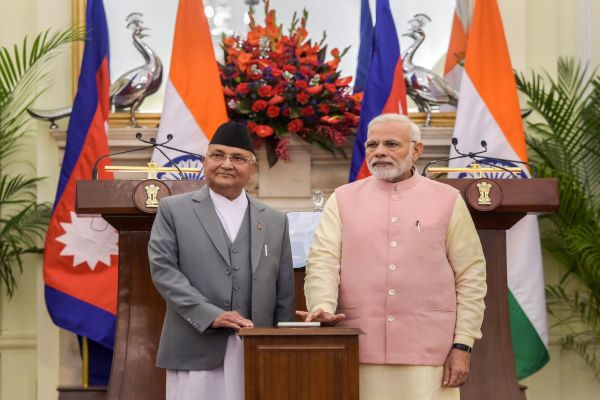 He was expected to arrive on a trip to New Delhi earlier last week to discuss the contentious issue of Kalapani.

Kalapani is a 35 square kilometre area, which is claimed by both India and Nepal as an integral part of their territories.

India claims it to be a part of Uttarakhand’s Pithoragarh district and Nepal as part of its Darchula district.

Madhav Kumar Nepal, the former PM of the landlocked country and senior leader of the Nepal Communist Party, is expected to visit India to discuss the latest row between New Delhi and Kathmandu over Kalapani, according to reports.

Nepal wanted to meet Modi to urge him for a foreign secretary-level dialogue mechanism to settle the border dispute.

However, the Indian government refused to meet the special envoy.

Nepal eventually cancelled his plan to come to India.

The high-level dialogue mechanism, consisting of foreign secretaries of both the countries, to settle Kalapani and other issues was finalized by former and late external affairs minister Sushma Swaraj during her visit to Nepal in July 2014.

However, despite a subsequent visit by PM Modi to Nepal in August in the same year, the mechanism was never put in place, though he gave a renewed push to settle the Kalapani and Susta boundary disputes.

The present dispensation in Nepal has come under massive pressure from the opposition parties to take a firm stand against India over the unsettled issue of Kalapani as well as Susta, which are on the country’s western and eastern borders, respectively.

Ever since India released a new map on 2 November this year, there has been a spate of protests in Nepal over New Delhi’s move to show Kalapani as part of India.

Nepalese students, affiliated with opposition party Nepali Congress, were seen burning the new map in front of the Indian Embassy in Kathmandu.