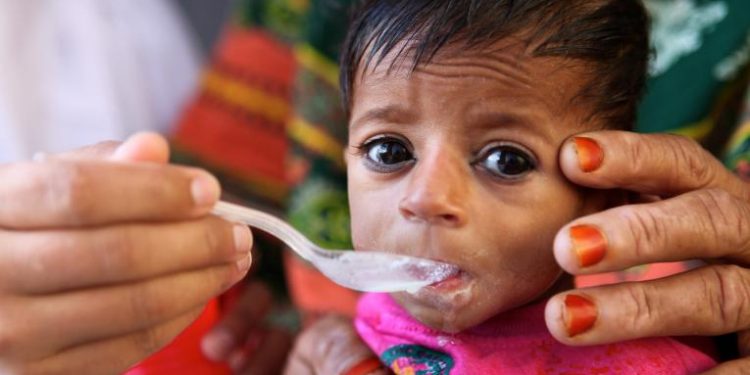 Nepal, Bangladesh and Myanmar have fared better in feeding its citizens than India, according to the 2019 Global Hunger Index (GHI) report.

The GHI is a tool used to measure and track hunger at global, national and international levels.

It is also designed to raise awareness and understanding of the struggle against hunger and call for attention in those countries suffering from the worst hunger levels.

Four indicators – under nourishment, child wasting, child stunting and child mortality- have been used to measure the scores of GHI for each country.

As per the GHI report, the GHI scores were given on a 100-point GHI Severity Scale, where 0 is the best score (no hunger) and 100 is the worst.

As per the report, Nepal and Bangladesh have made several improvements in combating hunger levels than that of India.

The report mentions that Nepal has made remarkable reduction in child stunting from 56.6 percent in 2001 to 40.1 percent in 2011.

India’s child wasting rate is 20.8 per cent and child stunting rate is 37.9 per cent, the report added.

“In India, just 9.6 percent of all children between 6 and 23 months of age are fed a minimum acceptable diet,” the report added.

“As of 2015-16, 90 percent of Indian households used an improved drinking water source while 39 percent of households had no sanitation facilities,” the report further added.

The report mentioned that open defecation is still practiced in India although new latrines have been constructed as a part of ‘Clean India’ campaign.