Myanmar had "caused irreparable damage to the rights of the Rohingya, says ICJ 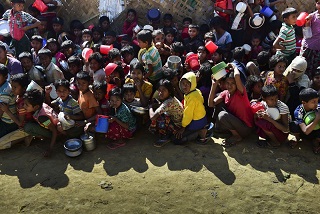 The International Court of Justice (ICJ) has ordered Myanmar to take emergency measures to prevent genocide of the Rohingya.

In a unanimously-ruled order issued by a panel of 17 judges, the court on Thursday said Myanmar had “caused irreparable damage to the rights of the Rohingya“, Aljazeera reported.

According to the Statute of the ICJ, the court has the power to order provisional measures when “irreparable prejudice could be caused to rights which are the subject of judicial proceedings”. The court found that the condition of urgency had been met in this case.

The court has also ordered Myanmar to report on its implementation of the order in four months, and then every six months afterwards.

The ICJ also ordered Myanmar to preserve evidence of the Rohingya’s persecution and to report in four months on the protective measures it has taken.

The country’s de facto leader, Aung San Suu Kyi, wrote in an opinion piece Thursday that Rohingya refugees interviewed by investigators in neighboring Bangladesh may have exaggerated claims of violence.

The allegations against her country “all rely extensively on a fact-finding mission by the UN Human Rights Council. This is precariously dependent on statements by refugees in camps in Bangladesh,” Suu Kyi writes in Financial Times, referring to an Independent Commission of Inquiry, which published its findings earlier this week.